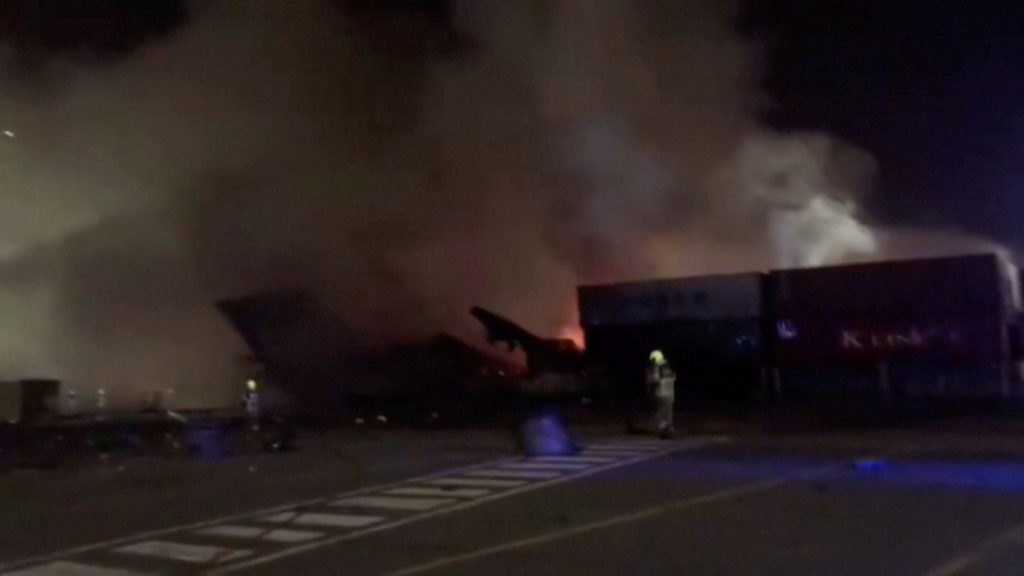 A fire aboard a ship in Dubai‘s Jebel Ali Port was extinguished on Thursday after it had been sparked overnight by an explosion in a container, the Dubai government’s media office said.

DMO said there were no casualties and said port authorities had taken measures to ensure normal shipping was not disrupted.

Police in Dubai, a regional business hub and one of seven emirates making up the United Arab Emirates, said the blast might have been caused by “friction or high temperatures” during hot summer weather, Al Arabiya reported.

Witnesses in residential areas as far away as 22 kilometers (14 miles) from Jebel Ali heard the explosion.

Overnight, DMO had posted footage of water being pumped to douse the flames. Reuters witnesses said vehicles involved in regular port activities continued to go in and out of port area while civil defense vehicles arrived to deal with the blaze.

DMO did not identify the ship involved but said it had capacity to carry 130 containers. It said the vessel had been preparing to dock at a berth “away from the port’s main shipping line.” Officials told Al Arabiya the crew had been evacuated.

State-run DP World, the owner of Jebel Ali Port which handled 13.5 million containers in 2020, had no immediate comment when contacted by Reuters.