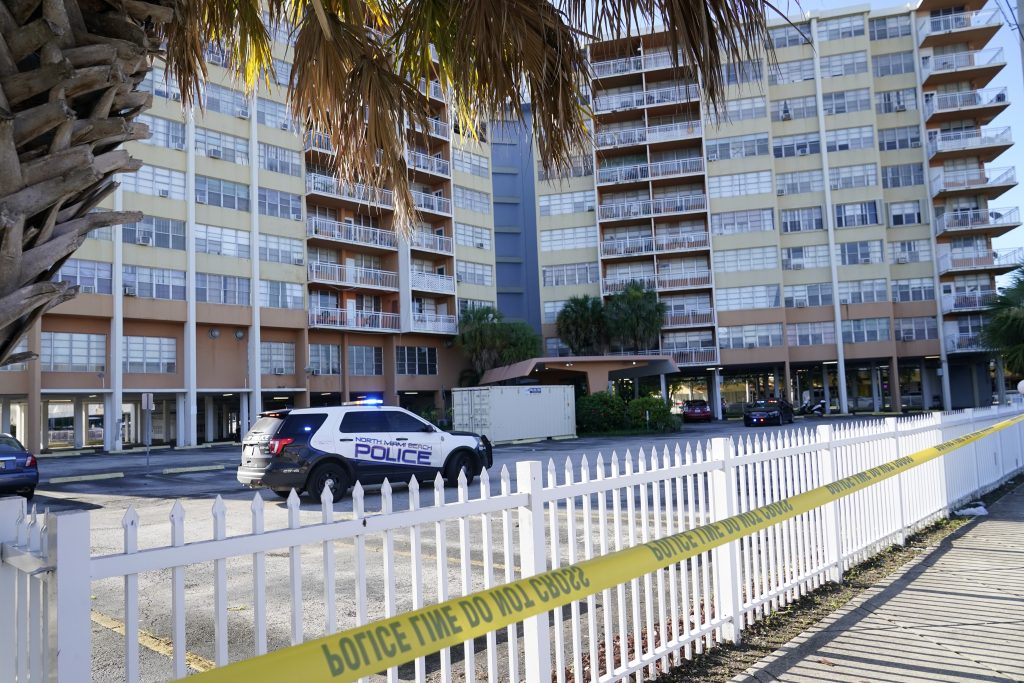 A North Miami Beach condominium building that was evacuated last week because of safety concerns must stay unoccupied until the condo association submits a new 40-year recertification report that addresses all structural and electrical issues, city officials said Thursday.

The building is about 5 miles (8 kilometers) from Surfside, where Champlain Towers South collapsed on June 24, killing at least 60 and leaving 80 people missing.

An audit prompted by the collapse found that the nearby 156-unit Crestview Towers, which was built in 1972, had been deemed unsafe in January, officials said.

On Monday, the condo association submitted surveys by an engineering firm and an electrical engineer that concluded the building’s integrity has not been compromised by structural deficiencies outlined in the certification report the association filed in January, according to documents provided by the city. In the January report, an engineer retained by the board had concluded the building was structurally and electrically unsafe for occupancy.

The city said it rejected the two new surveys provided by the condo association because “the documents did not comply with the 40-year certification process, nor did they address the problems raised in the January 11, 2021 recertification report.”

In addition, the city released a copy of the current notice of violation provided by Miami-Dade Fire Rescue, noting 18 code violations are still pending.

Last week, City Manager Arthur H. Sorey III said in a news release that the evacuation order Friday was issued out of “an abundance of caution.”

Crestview is the only building to be evacuated since municipal officials in South Florida, and statewide, began scrutinizing older high-rises in the wake of the Surfside collapse to ensure that substantial structural problems are not being ignored.

After the evacuation order, residents quickly hauled suitcases to cars and left the building. City officials said they were working with residents to find housing.