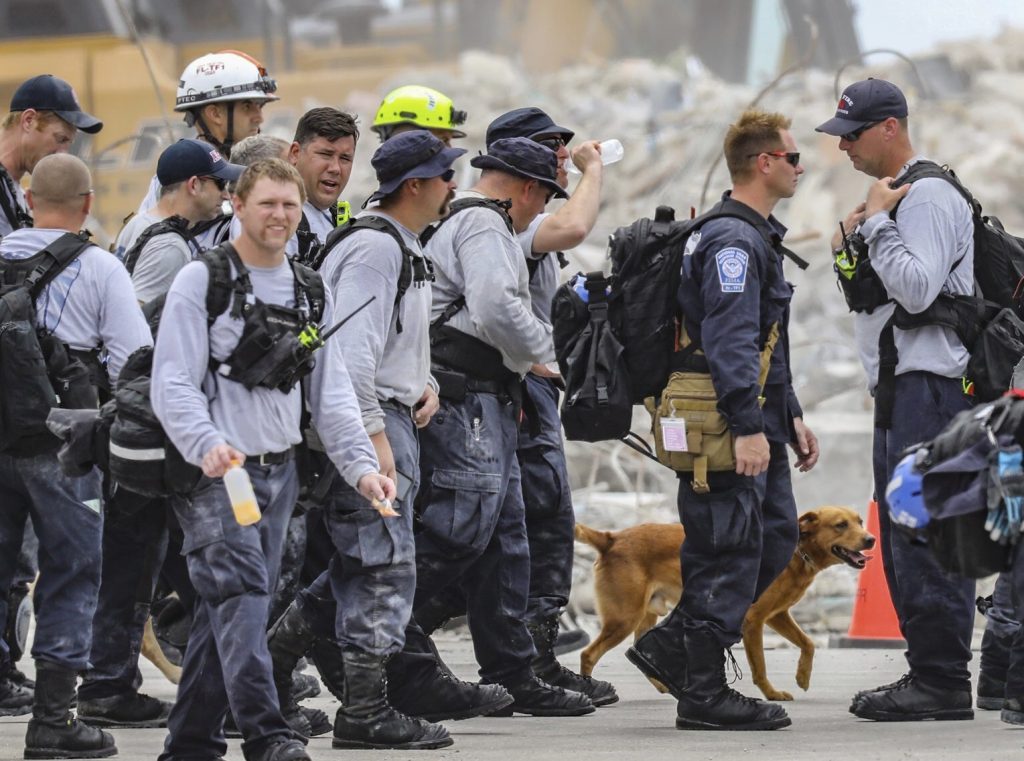 As the search for victims of the collapse of the Surfside high-rise condominium collapse reaches its 14th day, Miami-Dade County Mayor Daniella Levine Cava announced Wednesday, July 7, that the operation will shift from search and rescue to recovery at midnight, FOX News and AP reported.

“At this point, we have truly exhausted every option available to us in the search-and-rescue mission,” she said.

“G-d is still in control, and while there seems to be no chance of finding life in the rubble, a miracle is still possible,” Surfside Mayor Charles Burkett added during the briefing as he thanked the public for their prayers.

Officials announced earlier that they recovered 18 more bodies from the rubble, bringing the death toll to at least 54, and 86 people were still unaccounted for.

Crews working on the pile have completed their search of the last area where they expected to find pockets that could be large enough to contain survivors.

The building crumbled in the early morning hours of June 24 when most residents were sleeping, and many of the victims that were taken out throughout the day were in their beds. No survivors have been pulled from the rubble since the hours immediately following the tragedy.

Instead of using rescue dogs and sonar devices which are designed to find survivors, the search teams will now dig through the rubble to look for human remains. “Our sole responsibility at this point is to bring closure,” Miami-Dade Assistant Fire Chief Raide Jadallah said, according to the Associated Press.

Earlier in the day, Cava repeatedly tried not to weep during another news conference, as she paused and shook her head while describing how the tragedy affected the rescue workers and the families of the victims.

“Our commitment to this mission is deeply personal. This is our community, our neighbors, our families. And our first responders have truly searched that pile every single day since the collapse as if they’re searching for their own loved ones,” she said.

The death toll now stands at 54, and the possibility of finding any surviving victims has dwindled.