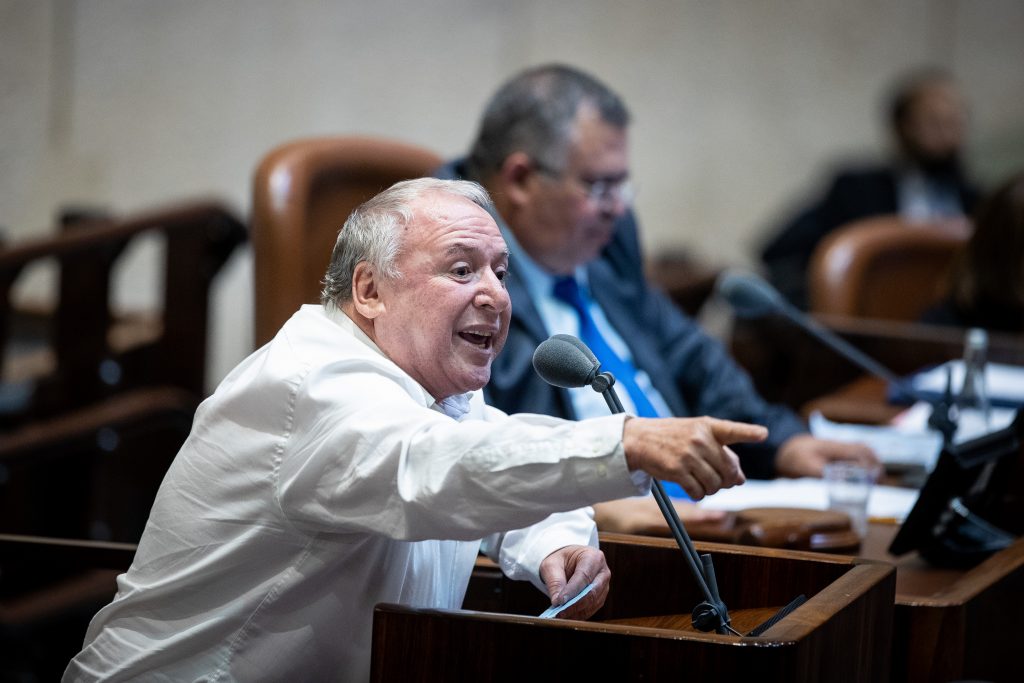 ​In a late-night sitting on Tuesday, the Knesset approved in its second and third readings a proposed amendment to the Basic Law: The Knesset (Amendment No. 51). After all reservations were voted down, 60 MKs supported the bill in its third reading, while 57 opposed it. In the course of the voting, a heated exchange was recorded between the coalition and opposition members, as the sides accused each other of breaking the pairing arrangement made for MK Meir Yitzchak Halevy (New Hope) following his sister’s death.

The amendment that was passed proposes to revise the existing arrangement with regard to legislating the budget, under the special circumstances specified — when there have been Knesset elections, when the Knesset has been dissolved or when a new government has been inaugurated, prior to approval of a state budget. It is proposed that in these cases, the period for approving the Budget Bill will be extended to three months from the start of the budget year, or 145 days from the inauguration date of the government, whichever is the later of the two. The government will be given 85 days to present the bill, and the Knesset will be allotted 60 days to approve the bill. If the government, on its own initiative, places the Budget Bill on the Knesset table before 85 days have elapsed since its inauguration, these days will not be subtracted from the period allotted to the Knesset to discuss the proposed Budget Bill.

Accordingly, it is proposed to amend the Basic Law: The State Economy so that the government will place the proposed Budget Bill on the Knesset table at the date set by the Finance Committee, but no later than 60 days before the deadline (which is, as stated above, 145 days from the inauguration of the government). All these periods will not include chagim.

The explanatory notes state: “The postponed date was determined taking into account, on one hand, the time frames needed in practice by a new government or a new Knesset for the purpose of drawing up a budget proposal and for in-depth examination and approval of the Budget Bill; and on the other hand, the need to approve an annual Budget Bill as soon as possible in order to reduce the period in which the government operates without an approved and updated budget.”

MK David Amsalem (Likud): “This amendment here is not because of increasing the number of ministers in the government or expanding the Norwegian Law. This is a law that should be dubbed the ‘Michal Shir Law.’ MK Gideon Sa’ar, with the large, six-seat party, received four ministers, and of course two [additional MKs under the] Norwegian Law. So she is in ninth place. He miscalculated; he thought he would get 30 seats and persuaded her that the ninth slot would be right in the middle, but she didn’t get in [to the Knesset]. So that is why a Basic Law of the State of Israel is being amended.”