Israel Delta Plus Variant Shows Up in Israel
CoronavirusIsrael 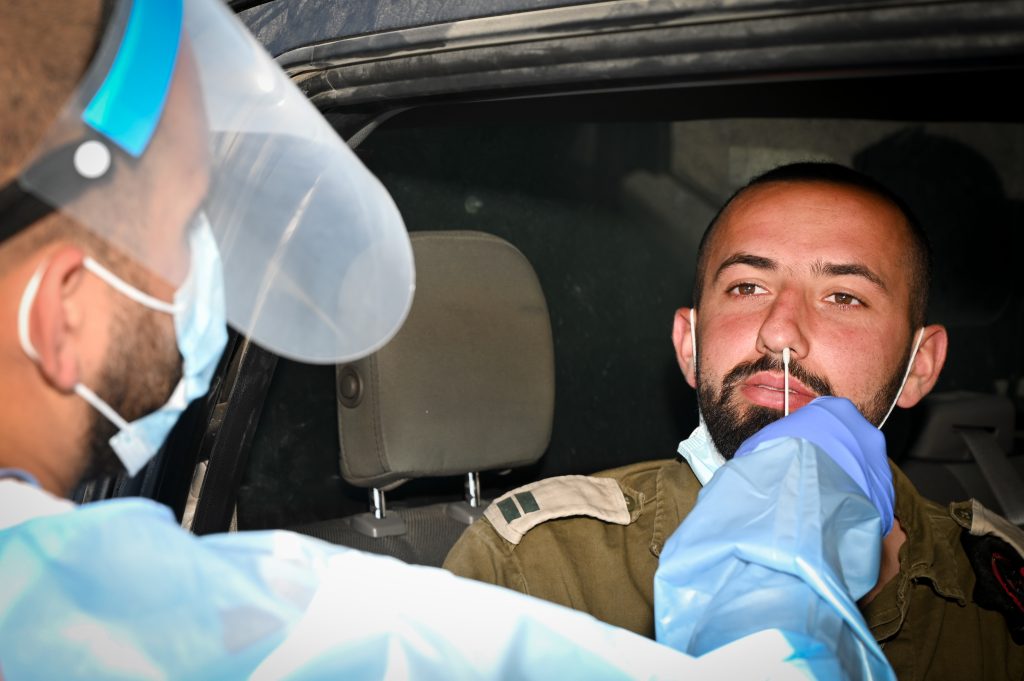 Just as the cabinet decided to hold off on new covid restrictions, four cases of so-called “Delta Plus,” a possibly more contagious variant than hitherto known, have been discovered in Israel, The Jerusalem Post reported on Wednesday.

While Delta Plus is likely more contagious than its Delta predecessor, it is not known yet whether it is more dangerous, in terms of causing serious illness.

“If the original strain was contagious after spending 15 minutes near a sick person, now it is theoretically even less,” Prof. Cyrille Cohen, head of the immunology lab at Bar-Ilan University, told the Post.

But, he added, “it is a bit early to consider it worse than the original Delta, which is already problematic enough. In India they are saying it is a bit more contagious – perhaps only to certain populations – but we still don’t have any strong evidence.”

To date, the new variant has been detected in a few hundred cases around the world.

Cohen pointed out a vulnerability in the health system: that standard PCR tests used at the airport and clinics do not check for variants. They simply supply a positive or negative result.

Identifying variants can be done, but it requires genetic screening, which takes longer and costs more, he said.

When there were only a few new cases per day, the Health Ministry was sequencing all positive cases. But the current rise in the number of cases has forced the ministry to be more selective.