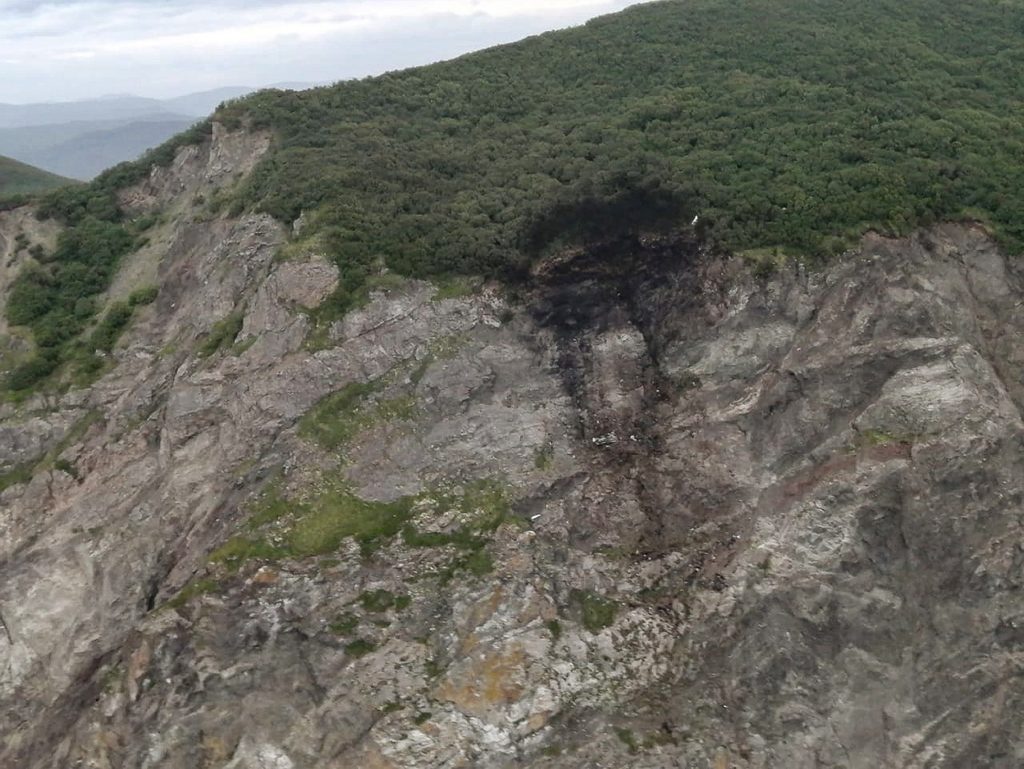 Rescuers have found the bodies of nine victims a day after a plane crash in a remote area in Russia’s Far East, local authorities said.

An Antonov An-26 carrying 28 people crashed Tuesday near its destination town of Palana in the region of Kamchatka, apparently as it came in for a landing in bad weather.

Wreckage was found Tuesday evening on a coastal cliffside and in the sea, and the search-and-rescue operation was suspended until Wednesday morning after night fell, as the crash site was difficult to access in the dark.

The governor of Kamchatka, Vladimir Solodov, told the state Tass news agency that the “first bodies are being pulled out [of the water].” Russia’s Emergency Ministry said that nine bodies have been found so far, and one has already been identified.

Russian media reported Tuesday that none of the six crew members or 22 passengers on board had survived. The head of the local government in Palana, Olga Mokhireva, was among the passengers, spokespeople of the Kamchatka government said.

Solodov said Tuesday that a group of government officials including Transport Minister Vitaly Savelyev will head to Palana on Wednesday.

In the aftermath of the crash, the authorities in Kamchatka have declared three days of mourning. Officials said that families of the victims will receive payments of more than 3.5 million rubles (about $47,200) that will include compensation from the airline, an insurance payment and a subsidy from the regional government.

In 2012, an Antonov An-28 plane belonging to Kamchatka Aviation Enterprise crashed into a mountain while flying the same route as Tuesday’s flight. A total of 14 people were on board and 10 of them were killed. Both pilots, who were among the dead, were found to have alcohol in their blood, Tass reported.