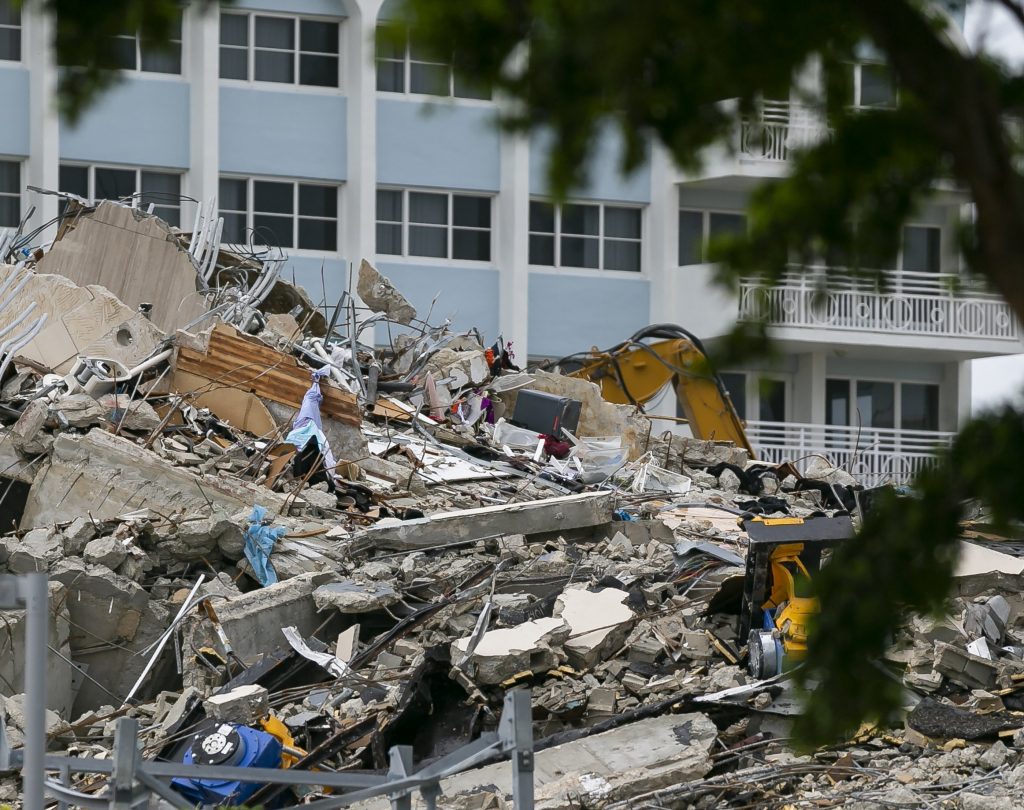 The search for victims of the collapse of a Miami-area high-rise condominium reached its 14th day on Wednesday, as workers uncovered 10 more bodies from the rubble and officials sounded more and more grim about the prospects of finding anyone alive.

The latest retrieval reflects what rescue officials have said would be a ramped-up pace of work throughout the debris field after the remaining portion of the condo building was demolished Sunday night.

Crews “did some significant removal of the pile,” Jadallah said. “They were able to get down to various areas to inspect.”

Jadallah also reported the somber news that so far no new “voids” have been discovered in the areas that became accessible for the first time after the demolition. Rescuers had hoped to find new pockets where there might potentially be survivors.

Still, Jadallah told families the work continues to be a search-and-rescue operation and has not yet transitioned to a recovery mode.

No one has been rescued from the site since the first hours after the building collapsed on June 24 when many of its residents were asleep.

Workers on Tuesday dug through pulverized concrete where the Champlain Towers South building in Surfside once stood, filling buckets that were passed down a line to be emptied and then returned.

The up-close look at the search, in a video released Tuesday by the Miami-Dade County Fire Rescue Department, came as eight more deaths were announced — until Wednesday, the most for a single day since the search began. It also came as rain and wind from Tropical Storm Elsa disrupted the effort.

“Unfortunately, we are not seeing anything positive,” county fire chief Alan Cominsky said Tuesday night, referring to workers not finding any open spaces within the mounds of rubble where additional survivors might be found.