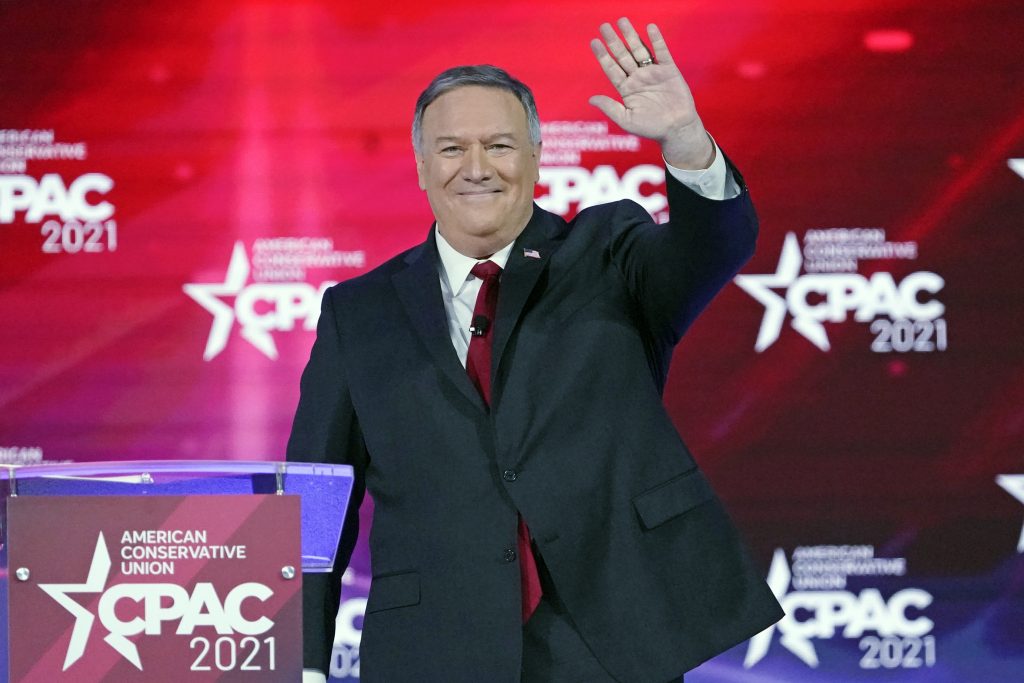 Former Secretary of State Mike Pompeo is set to keynote the signature fundraiser for the Republican Party in South Carolina, home to the first southern presidential primary and crucial destination for potential White House hopefuls of both major parties.

“He’s looking forward to coming down to South Carolina, being able to to deliver some red meat and speak his mind — without having to worry about being a diplomat,” state Republican Party Chairman Drew McKissick told The Associated Press last week, referencing a recent conversation with Pompeo. “He delivers substance.”

The fundraiser known as the Silver Elephant Dinner began in 1967 with a California governor, Ronald Reagan, as its keynote speaker, and has become an annual attraction for top GOP figures. Headliners over the ensuing decades have included a slew of other Republicans who went on to vie for their party’s top billing, Texas Sen. Ted Cruz, former Pennsylvania Sen. Rick Santorum and former Texas Gov. Rick Perry among them.

Pompeo, who also served as CIA director during his four years in the Trump administration, has been making the rounds in other states with early presidential voting contests, such as Iowa and New Hampshire, fueling speculation he will seek the Republican presidential nomination.

But, as politicians often do this far out from a primary, Pompeo demurred when asked about future electoral ambitions, including a White House run, and whether a potential run by former President Donald Trump would sway any plans.

“Only the Lord knows where I will be in 2023,” Pompeo told AP last month during an interview about a political action committee he formed to assist down-ballot Republicans in the 2022 election cycle.

Such a political vehicle also serves to give anyone with presidential aspirations a platform by which they can develop connections in states across the country and maintain visibility.

Several other former administration officials also have formed such PACs as Republicans grapple with their party’s future following Trump’s term. Trump himself has complicated those conversations, implying he could seek a second term and recently returning to the large-scale rallies that have become his signature events.

Two and a half years out from the state’s first-in-the-South primary, other former Trump administration figures mentioned as potential GOP hopefuls have also begun courting South Carolina.

They include Nikki Haley, who cut short her second term as the state’s governor to serve as Trump’s U.N. ambassador. During an April visit to a historically Black university in Orangeburg, Haley addressed the 2024 race when questioned by AP, saying she would not seek her party’s nomination if Trump runs again.

Two weeks later, choosing South Carolina as the site of his first public speech since leaving office, former Vice President Mike Pence put down a marker for a potential return to office, telling a Columbia audience that in the coming months he’ll be “pushing back on the liberal agenda” he says is wrong for the country.

Another South Carolinian mentioned as a potential 2024 presidential candidate is Sen. Tim Scott, with his name appearing in a straw poll at this year’s Conservative Political Action Conference. Recently launching his 2022 Senate reelection campaign, Scott also gave the GOP’s response to President Joe Biden’s maiden address to Congress this year.

McKissick, South Carolina’s GOP chairman, declined to estimate how much money the July 30 dinner could bring in for the party, but said a thousand or more people would attend.