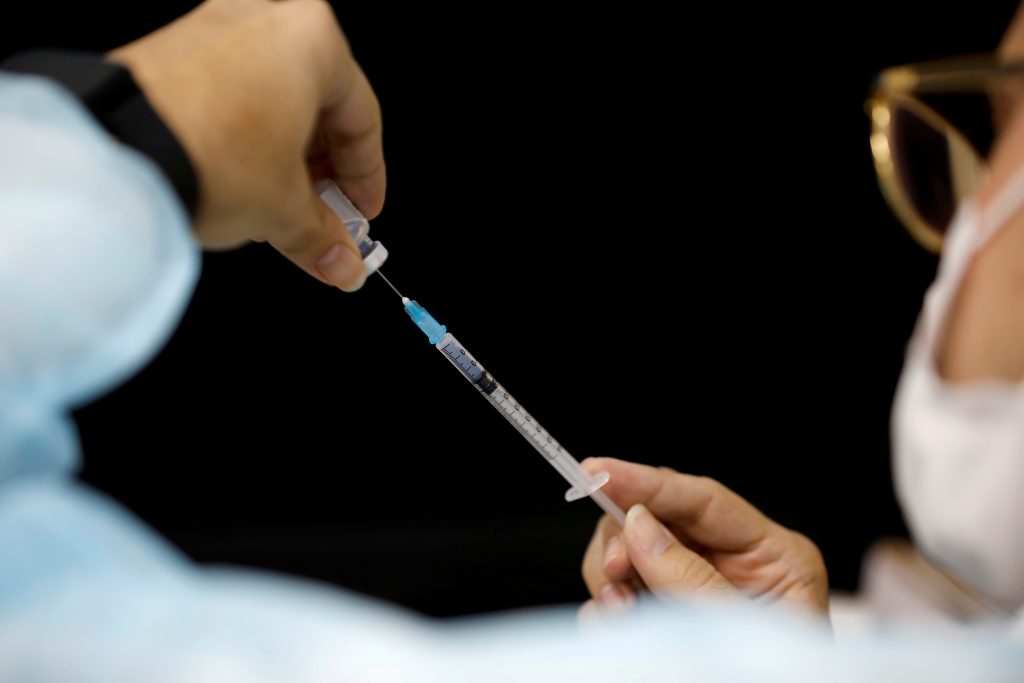 Israel will deliver about 700,000 expiring doses of Pfizer-BioNTech’s coronavirus vaccine to South Korea later this month, and South Korea will give Israel back the same number, already on order from Pfizer, in September and October.

South Korea has quickly distributed the COVID-19 vaccines it has, but has struggled to obtain enough doses in a timely manner amid tight global supplies, particularly in Asia.

“This is a win-win deal,” Prime Minister Naftali Bennett said in a statement announcing the deal on Tuesday. “Together we will beat the pandemic.”

The deal comes weeks after the Palestinian Authority backed out of a similar agreement, saying the vaccine doses were too close to their expiration date despite Israel using the same batches to vaccinate teens.

After a stellar roll-out, Israel has administered both shots to around 55% of its population and seen turnout plateau.

Korea Disease Control and Prevention Agency (KDCA) Director Jeong Eun-kyeong said the deal will allow South Korea to accelerate its vaccination plans, including providing shots to employees in some sectors that have a high amount of contact with other people.

Local authorities will decide who gets the vaccines, but she said some possible examples may include street cleaners, delivery workers, and retail employees.

South Korean authorities said last week they are hoping to achieve herd immunity earlier than the current November target by inoculating at least 70% of the population with a minimum of one vaccine dose, mostly mRNA ones such as Pfizer’s.

Jeong said if the vaccination drive goes according to plan and South Korea finds itself with surplus doses later in the year after sending back the agreed doses to Israel, it too will look to share its stockpile with other countries.

South Korea has been battling persistent small outbreaks, prompting officials to delay some easing of social distancing rules. The KDCA reported 746 more COVID-19 cases as of midnight Monday, raising the country’s total to 161,541, including 2,032 total deaths.