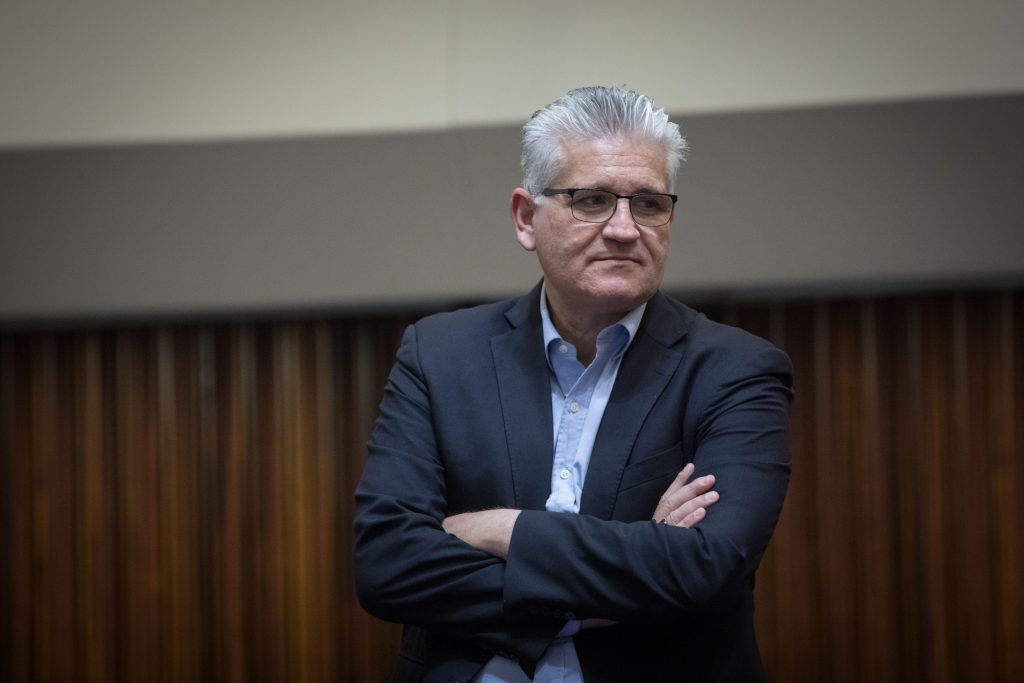 Another crack appeared In the Israeli government coalition on Tuesday, as an MK from Yisrael Beytenu said he will vote with the opposition against a bill designed to make it easier for lawmakers to leave one party for another.

The bill is aimed at enabling Likud MKs to join the coalition, if they number at least four. Currently, the law imposes penalties if a breakaway group does not comprise at least a third of its Knesset faction’s membership. Offenders are liable to sanctions, including loss of future campaign funding.

As of now, there would have to be a group of 11 to make a clean break with Likud, which has 30 MKs. Four would be a lot easier, and if they go to any of the coalition parties, it would give them a more comfortable margin for passing legislation.

But Yisrael Beytenu MK Eli Avidar blasted the proposal, charging that it would perpetuate the “rotten political culture” that the new government supposedly was established to change.

“This law can be also called the ‘defector law’ and it ratchets up a notch the bar for political corruption in Israel. Four MKs who want to vote with the coalition for ideological reasons can do so from the opposition benches,” Avidar wrote on Twitter.

Referring to attempts by Netanyahu’s Likud to entice MKs from the Bennet-Lapid bloc to go over to the right wing before the swearing-in last month, Avidar said: “It’s inconceivable for us to act in the same way as the government we came to change. The public elected us to effect change and reform and not in order to continue to do the exact same things.”

Avidar’s opposition jeopardizes passage of the bill by the coalition, which wields a one-vote majority only if all members vote together.