World Afghan Gov’t: Servicemen who Fled Taliban to Tajikistan Being Brought Back
World 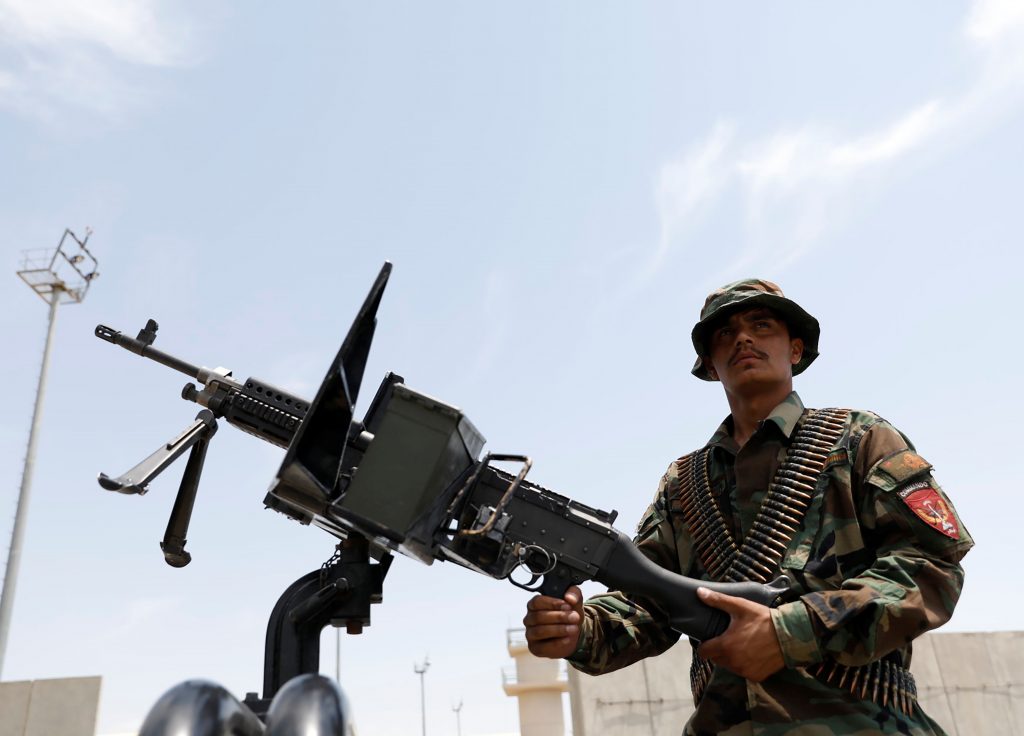 Afghan security personnel who fled into Tajikistan are being brought back to rejoin the fight against Taliban insurgents, Afghanistan‘s national security adviser said, and some 2,300 who abandoned positions across the country had returned to service.

Hundreds of Afghan security personnel retreated across the Tajik-Afghan border in response to Taliban advances in northern Afghanistan, underlining a rapidly deteriorating situation as foreign troops near a complete withdrawal after 20 years of war and with peace negotiations stalled.

“Those that went to Tajikistan are coming back and are once again going to be in the service of the people and in the defence of Faizabad,” National Security Adviser Hamdullah Mohib said in a news briefing on Tuesday.

Faizabad is the capital of the northern province of Badakhshan, which borders Tajikistan, from where the Afghan servicemen had fled on Sunday after the Taliban made rapid territorial gains.

Insurgents have seized 26 of the province’s 28 districts, according to a local parliamentarian – three of them without a fight.

Mohib did not provide details on when or how the Afghan security personnel would be brought back.

In Tajikistan, government sources familiar with the situation told Reuters that 127 Afghan security force personnel who had crossed the border on Sunday had been transported to a nearby city to fly back to Afghanistan.

The crossings have raised alarm in Central Asian neighbours of Afghanistan. Tajikistan, a former Soviet republic, on Monday ordered the mobilisation of 20,000 military reservists to beef up security along the border with Afghanistan.

On Tuesday, Russia, which maintains a large military base in Tajikistan, said it would help stabilise the border with Afghanistan if needed. Russian military helicopters in Tajikistan also carried out training drills.

Western security officials said insurgent forces have captured more than 100 districts in Afghanistan but the Taliban say they have control of more than 200 districts in 34 provinces comprising over half the country.

Mohib, who was in Moscow for security meetings on Monday, played down the Taliban gains, putting them down to “teething problems” for the Afghan military.

He said many areas were taken over because of supply problems in far-flung regions, adding that Afghan government forces had since regrouped.

In the past week, Afghan security forces had recaptured 14 districts from the Taliban across the country, he added.

“By no means has anyone defected to the Taliban.”