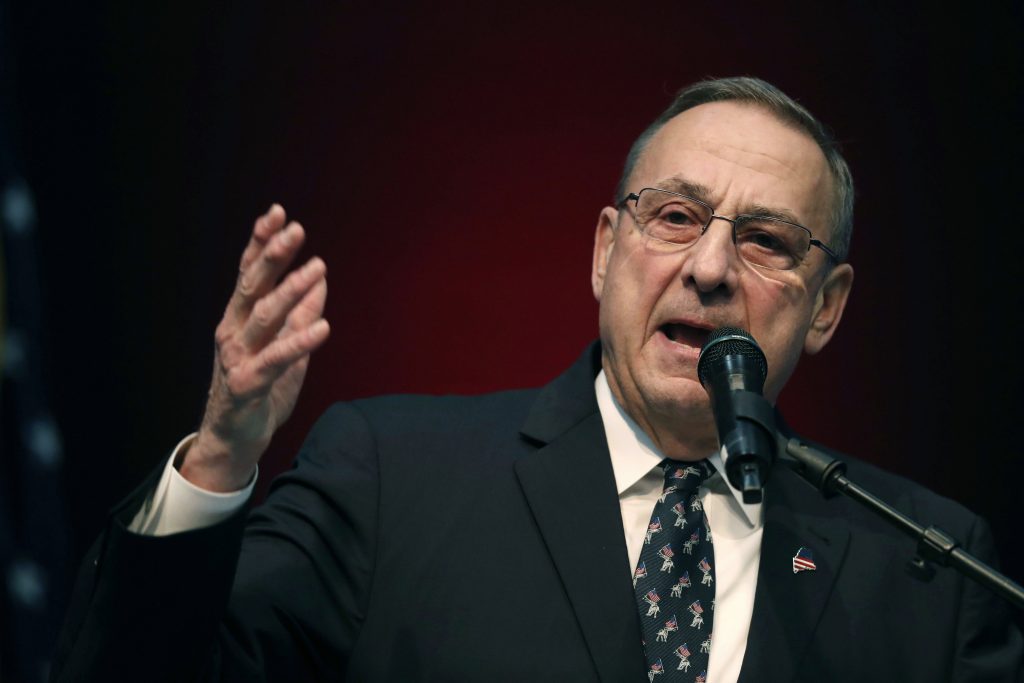 LePage has not been shy about criticizing his successor, Democratic Gov. Janet Mills, over fiscal policies and her actions during the coronavirus pandemic.

“Maine faces several challenges and we must work toward building a better future based on individual liberty, fiscal responsibility, and an economy which empowers everyone including our rural communities,” he said in a statement.

There will be a fall campaign kickoff, he said.

The Mills campaign responded by pointing to her successes in expanding Medicaid, investing in education, providing property tax relief and promoting clean energy jobs “all while leading Maine through a global pandemic with near best-in-the nation results.”

LePage’s announcement came four days after paperwork was filed with the state ethics commission. Under the Maine Constitution, he was limited to two consecutive terms but could run again after sitting out a term.

There’s no love lost between LePage and Mills. They battled when she was attorney general and he was governor. Mills has begun fundraising but hasn’t formally announced whether she’ll be seeking reelection.

LePage, 72, served two terms marked by belt-tightening conservatism and battles with opponents and the media. He cut taxes, enacted welfare reductions, paid back millions in Medicaid debt to the state’s hospitals and overhauled the pension system.

He described himself as “Trump before there was Trump. Trump won one electoral vote in Maine last November, underscoring his popularity in rural Maine.

LePage bid adieu to his home state after leaving office, announcing he was moving to Florida where there was no income tax. He registered to vote there, but moved back to his home state last year. He now lives in Edgecomb.

LePage won’t have a credible primary challenger, so the decks are cleared for his run, and money is expected to pour into the race, said Mark Brewer, a University of Maine political science professor. No third-party or independent candidate has emerged, making it a two-person race — in contrast to LePage’s previous campaigns, he said.

“It’s going to be a knock-down, drag-out battle,” he said.

LePage sometimes blamed his scrappy style on his upbringing in Lewiston, where he said he got pushed around while homeless at age 11.

“I learned one thing very early on in life: If you turn the other cheek, it hurts,” he once told Maine Public.