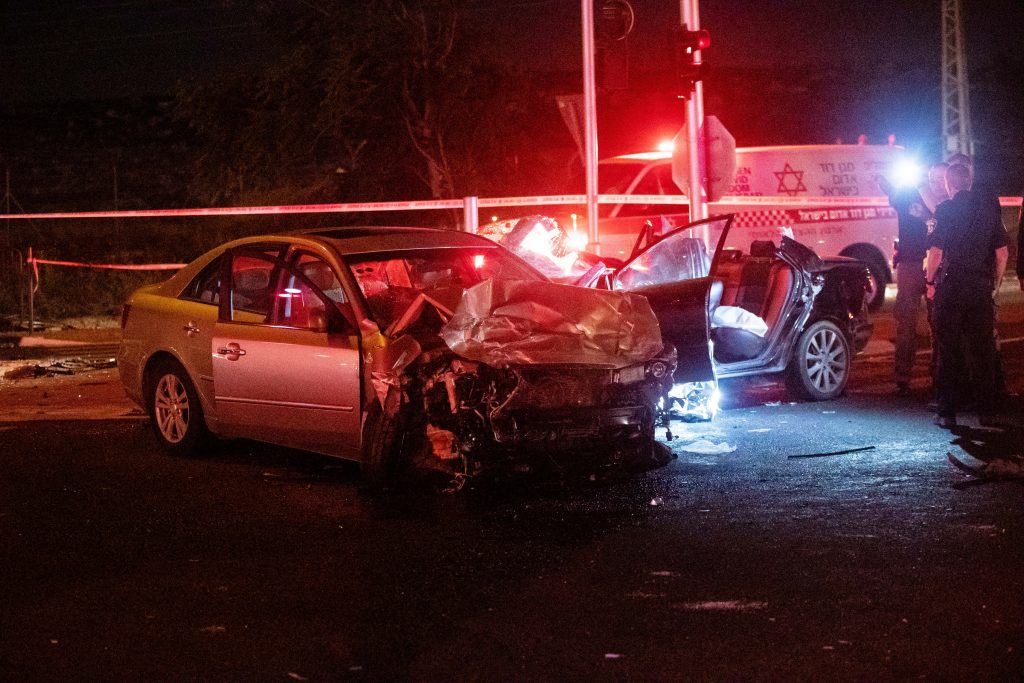 With four fatalities over the weekend alone — including a one-and-a-half-year-old baby — the country’s motor vehicle death toll has climbed to 186 in 2021.

According to the report, Israel is ranked 30th out of 32 countries reviewed in the prevention of traffic-related deaths between 2019 and 2020.

Over the past decade, European countries have managed to cut road accident fatalities by 37% on average while Israel has recorded an 18.7% decrease.

Norway, Greece and Portugal lead the list with a nearly 50% decrease in motor vehicle deaths.

When examining the past two decades, Israel trails even farther behind. Since 2001, road traffic deaths among 32 European countries have dropped by an average of 63% while Israel has only managed a 46% decline during that same period, placing it 29th on the list.

Though Israel did record a sharp decline in road deaths through 2019–2020, these figures are mostly attributed to lockdowns and travel restrictions imposed due to the coronavirus pandemic.

During that time period, the number of road fatalities in Israel dropped by 15.4% while European countries have recorded a 17% decline on average.

The report also stipulates that Israel has only managed to reduce serious road traffic injuries by 2.6% between the years 2013 and 2020 while European countries boasted a 14% drop during the same time period.

Israel is also ranked 14th out of 21 in death mileage rate with an average of 5.63 deaths per one billion kilometers traveled — slightly lower than the European average. Israel also ranks ninth out of 32 countries reviewed in deaths per capita between 2018 and 2020.

The ETSC recommends, among other measures, countries adopt and implement the Safe City model, which prioritizes the safety of pedestrians, cyclists and public transit users in cities over those traveling by private vehicle and calls to significantly lower the speed limit in urban areas.

Israel, which has not had a viable road safety program since 2005, has had a work plan based on the principles of the Safe City model in recent years but the Transportation Ministry failed to push it through due to the country’s two-year political impasse.

“The European Road Safety Council has shown that the State of Israel failed in the fight against road traffic deaths over the past two decades,” said Erez Kita, CEO of the non-profit Or Yarok Association for Safer Driving in Israel.

“The fact that Israel is ranked nearly last in lowering the number of dead and seriously injured in road accidents is a direct result of many years of neglect and massive budget cuts, to the point where Israel invests almost no money and resources to save its citizens from dying on the road. Since 2005, there has been no viable road safety program in Israel. Meanwhile, many victims are paying the price.”