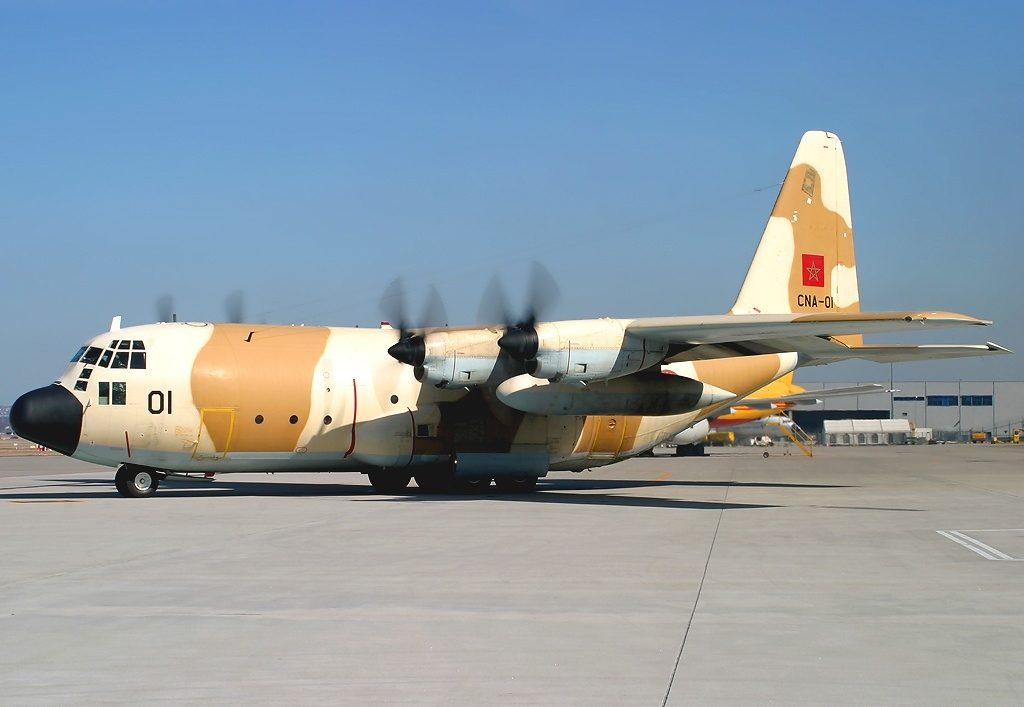 A Moroccan air force plane on Sunday became what may have been the first such aircraft from that country to land in Israel, according to media reports.

The arrival of the Royal Moroccan Air Force C-130 cargo plane at the Hatzor Air Base near Ashdod had not been publicized by the IDF, and the military declined comment on reports of the plane by amateur radar watchers who contacted journalists.

It may not be unprecedented. The plane landed at Ben Gurion Airport in 1996, according to aviation enthusiast David Weinrich, The Times of Israel reported.

The plane landed on Sunday for a military exercise scheduled for later this month, in which several foreign countries are set to take part, according to the Walla news site.

In a statement, the military would not confirm the sighting of the RMAF plane:

“The IDF cooperates with a variety of foreign nations and militaries, while carrying out exercises, high-level meetings, and joint research and development [projects]. We will not comment on cooperations with a specific country.”

After a 20-year break in diplomatic relations, Israel and Morocco renewed their ties last year, though they have not as yet opened embassies or exchanged ambassadors.