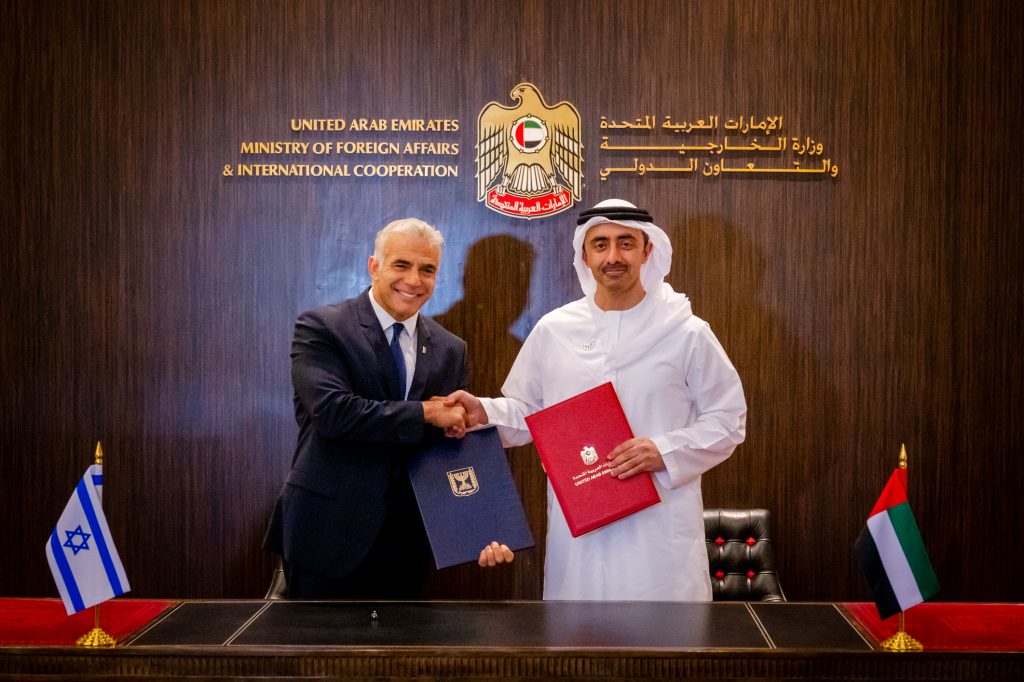 But behind the scenes some Emiratis weren’t smiling.

Leading figures in the country’s business sector felt slighted as Lapid met with government officials and social media “influencers” but could not find the time to meet with them.

As one of the businesspeople told Globes, “The foreign minister preferred a meeting with Internet influencers who have tens of thousands of followers, instead of with businesspeople who have the capacity to invest billions in Israel.”

Initially, Lapid was supposed to sit with the businesspeople, but his office said that in the end time did not allow it.

Afterwards, a senior executive in the powerful Al Naboodah Group sent a letter to the foreign minister’s bureau on behalf of all the businesspeople involved.

According to Globes, which obtained a text, it states that the Al Naboodah family has been one of the biggest investors in Israel, particularly in the technology sector, for 25 years, and even more so since the Abraham Accords were signed. The author of the letter urged a rescheduling of the meeting with representatives of the Al Naboodah and Al Tayer families and with giant companies RTA and DIWA.

A senior Israel source said that the families, which are used to a high level of respect, were insulted.

“It’s not that they’ll cancel the planned investments, but they expect an appropriate attitude by the new government, and that it should understand the way to the hearts of the businesspeople here. If you want their wealth, you have to pay them respect and abide by customary rules of conduct.”

Lapid’s office said in response that he and his UAE counterpart had met businesspeople from the UAE who had been invited by the government. It did not comment directly on the cancelled meeting.