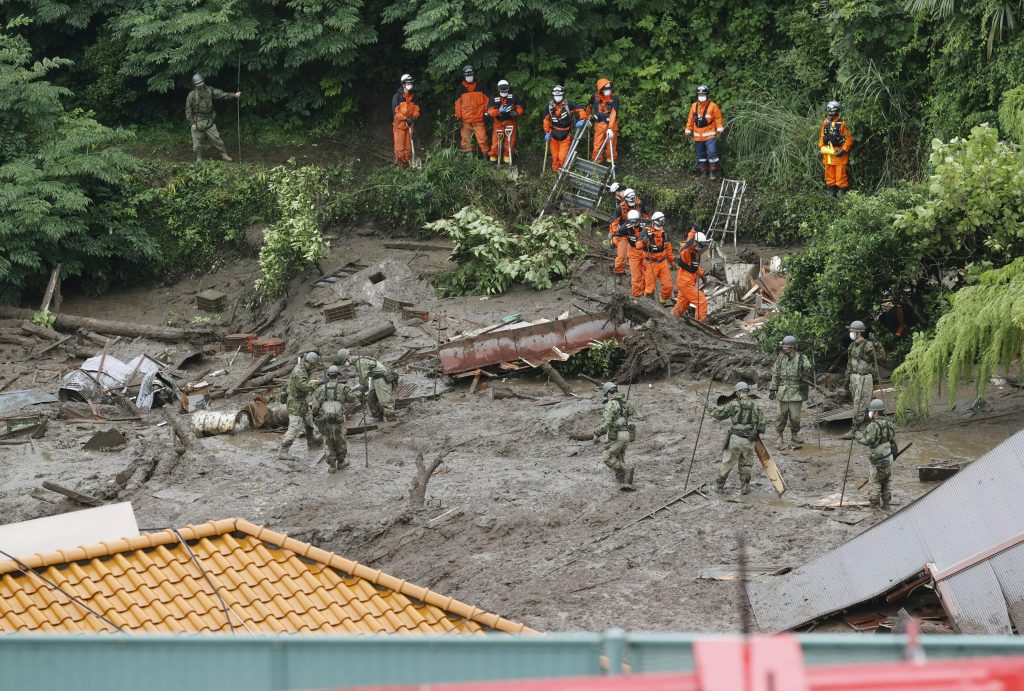 Prime Minister Yoshihide Suga said about 19 people were rescued and about 130 buildings were affected after floods, landslides and cascading mud collapsed and half-submerged houses on Saturday in the seaside city 90 km (60 miles) southwest of Tokyo, according to Kyodo.

Suga asked people in the affected areas to remain on alert and take precautions after he and Cabinet ministers met on Sunday to discuss the disaster and heavy rain in the central and eastern Japan, Kyodo said.

The floods are a reminder of the natural disasters – including earthquakes, volcanoes and tsunami – that plague Japan.

Some 1,100 people from the Shizuoka prefectural police, firefighters and Japan’s military continued their search and rescue efforts, but their operations have been interrupted repeatedly due to a risk of ground loosening and warnings of secondary damage from rain, Kyodo said.

In the affected area where intermittent rain continued, about 387 people have been evacuated as of midday on Sunday, the news agency said.

Heita Kawakatsu, governor of Shizuoka prefecture, told a news conference that there is a view that the development of residential areas near the disaster-hit area may have reduced the mountain’s ability to retain water and caused the disaster, Kyodo said.

“The prefecture will examine the causal relationship between the two factors,” Kyodo quoted Kawakatsu as saying.

The landslides occurred in Atami, home to hot spring resorts on a steep slope into a bay, around 10:30 a.m. (local time) on Saturday. The water, mud and debris are believed to have flowed along a river for about 2 km (1.2 miles) to the sea, local media said.