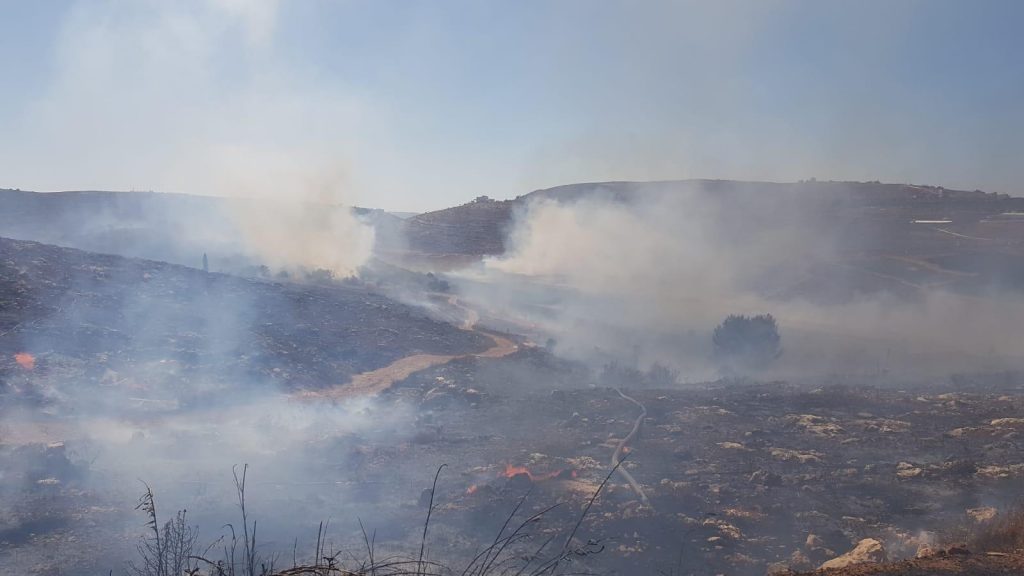 Arson was suspected in a fire that broke out near Migdalim in the Shomron on Sunday, according to media reports.

B’chasdei shamayim, there were no reports of injury.

The firefighting service said the fire was at three locations near Migdalim, one of which necessitated the evacuation of homes threatened by the flames.

The small community of around 400 people is located 30 miles east of Tel Aviv on Highway 505 next to the Palestinian village of Qusra.

Another fire was reported near the outpost of Esh Kodesh several miles away, near Shilo. That too was suspected to be the work of Palestinians, who were rioting nearby.

Sunday’s fires follow a weekend of wildfires in southern and northern Israel, including some started by incendiary balloons sent from Gaza and others whose source is unknown.