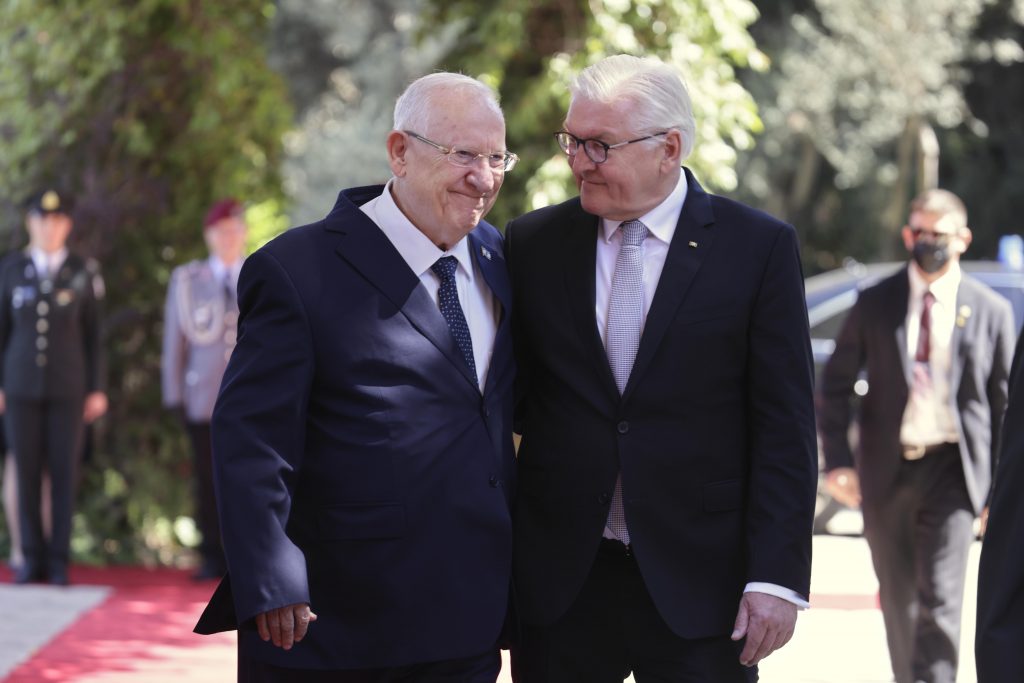 President Reuven Rivlin warmly welcomed his German counterpart on Thursday, praising him as an ally in combating anti-Semitism.

German President Frank-Walter Steinmeier is set to meet with Prime Minister Naftali Bennett and visit the Yad Vashem Holocaust Memorial. He is expected to reiterate Germany’s strong support for Israel.

Rivlin said that Germany has been “our strong partner in the uncompromising fight against anti-Semitism” and has stood with Israel against “the forces of terror who seek to wipe us off the map.”

Nazi Germany and its collaborators murdered six million European Jews in the Holocaust. Germany’s postwar leaders have repeatedly apologized for the Nazi atrocities and the country has paid hundreds of millions of dollars in reparations to Jewish victims. Relations between Germany and Israel were difficult in the first decades after the war, but the two countries have developed close ties in recent years.

Germany launched a new initiative with the United States last week to stem an alarming rise in anti-Semitism and Holocaust denial around the world.

The U.S.-Germany Holocaust Dialogue seeks to reverse the trend, which gained traction during the coronavirus pandemic amid a surge in political populism across Europe and the U.S. The dialogue creates a way to develop educational and messaging tools to teach youth and others about the crimes of the Nazis and their collaborators.