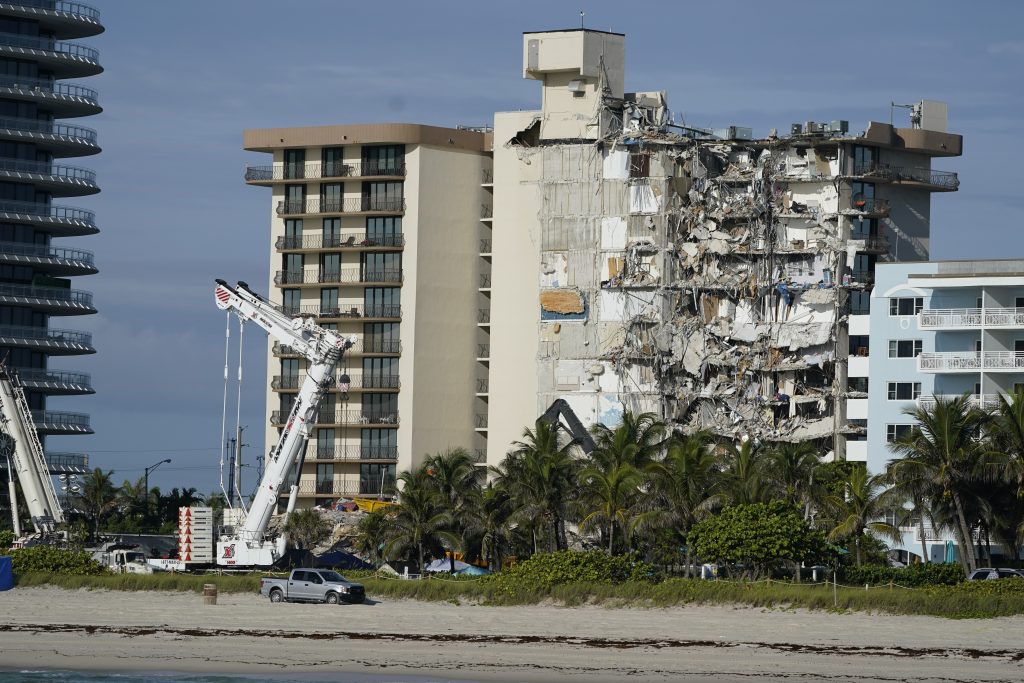 Sara Nir and her daughter Chani Nir were interviewed by CNN on Tuesday night to share their story of their miraculous escape from Champlain Towers moments before the building collapsed.

Sarah, told the reporter in her Israeli-accented English that she was awake at 12:45 a.m. checking her email, having just come back from a local Chabad event.

Her teenage daughter and son were awake, getting ready for bed. All were hearing noises in the background, but initially ignored them.

“Then, I started to hearing knocking sounds,” Sarah said. “Then it was more intense, and I said, ‘oh, they’re probably doing some small renovation.'”

Around 1:10 a.m., she heard louder smashing noises, and thought the wall above her was collapsing. “I said, ‘wow, they’re really doing major construction. I need to take care of this problem. It’s already 1:10 in the morning, it doesn’t make sense.'”

She left her first-floor apartment and hurried over to the security guard, asking him, “do you hear the sound?’ It doesn’t make sense in the middle of the night, early morning, people doing construction?”

As the two were puzzling over the noise, they heard a sudden loud boom and she ran towards the sound. To her horror, she watched as “all the garage collapsed. I couldn’t believe it.”

She ran back to her apartment and found her two children outside the door and she screamed at them to run, saying, “it’s an earthquake!”

Her daughter protested, saying she was still in her robe, but Sarah, all too aware of the danger they were in, yelled, “I don’t care! Run, run as fast as you can!”

She and her children ran for the apartment entrance, and she yelled for the stunned security guard to call 911. He was so shocked he couldn’t remember which address to give the police.

The family rushed out of the building and ran across the street. As they made it to the next block, they heard another large boom.

“Then it was suddenly quiet,” she said. “It was white [smoke and dust] clouds all over.” Her son turned behind them and watched as the building caved in and tumbled to the ground.

“G-d watched us, G-d was waiting for us to leave the building,” Sarah emphasized.

Still frightened it was an earthquake, they kept running for several blocks until they collapsed.

“We kept running and running. I couldn’t breathe, I couldn’t do anything,” Sarah told the interviewer, her voice trembling. “I said, ‘G-d, help! G-d, help!’ I didn’t know what to do.”

“It’s painful and scary,” Sarah concluded. “We are still traumatized.”