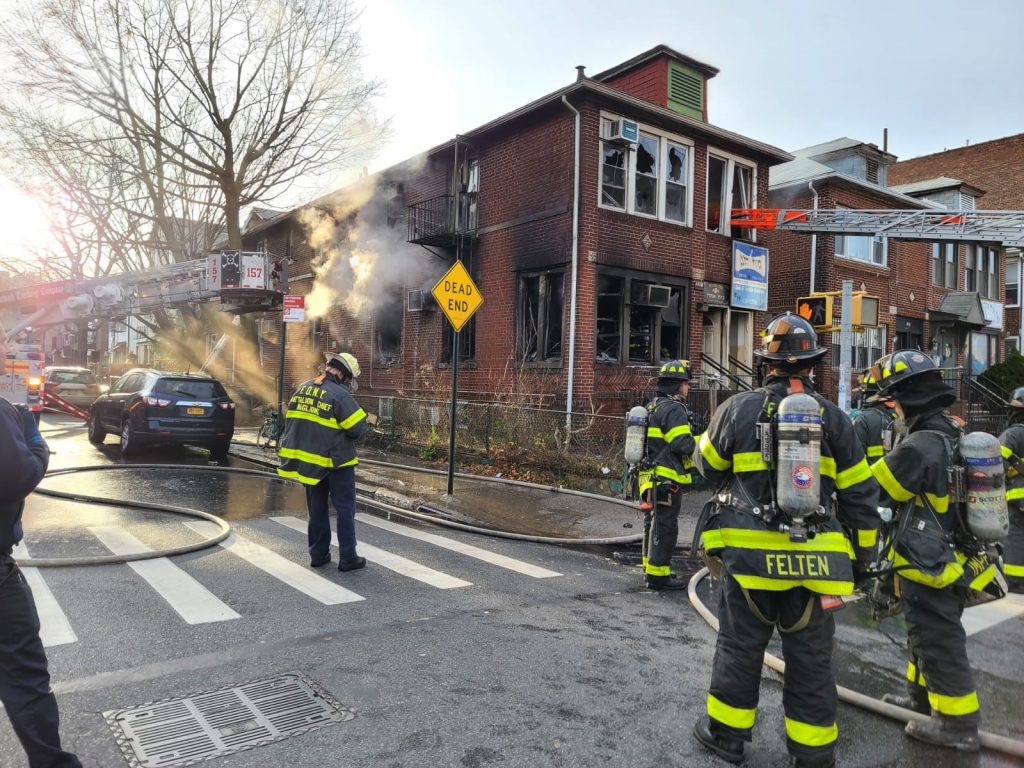 The Felder shul, which has been sadly been boarded up since a fire, the cause of which has still not been determined, tore through its walls on Dec. 16, 2020, has been sold to the Karfunkel Family Kollel, state Sen. Simcha Felder told BoroPark24 today.

The shul, which is located at 4901 18th Street, was led for 60 years by Rabbi Tzvi Mordechai, “Hersh” Felder, zt”l, who is the father of state Sen. Simcha Felder, who grew up in the apartment behind the shul.

The Karfunkel Family Kollel, which is Oberlandish, will rehabilitate and redecorate the building, and run the downstairs minyan, which once was a beis medresh for hundreds, explained Sen. Felder. “I don’t know when the lights will come back on, but I do know that when the Karfunkel family decides to build a makom Torah, it is going to happen as quickly as humanly possible.”

A mispallel of the former Felder shul, who knew the Karfunkel family, made the shidduch for the transfer of the property from one chashuve family to another.

“We are so grateful, honored, and comforted that a family that is so honest and so committed to Torah will be taking the responsibility and putting forth the energy to build a makom Torah right in the middle of the community and allow the shul to continue on the ground level.

“We would not have sold the shul if not for the unfortunate fire,” said state Sen. Felder, who remembered serving as the shul’s shamash. “I was very involved in help to make sure the shul had whatever it needed. The shul was in my bones.

Because some called Felder’s shul, “Felder’s Famous Shul,” BoroPark24 asked, “For what was your father’s shul famous?

“If you asked people why this tiny little shul became so extraordinarily popular and was used by so many people for minyanim and limud Torah, I would say that that was because of the spirit of father, who truly treated everyone so extraordinarily warmly.

“Whether you had a shtreimel, a kippa sruga, or whether you walked in without a yarmulka at all: it didn’t matter. Whomever came in: my father made you feel welcome and comfortable.

Since the fire took place, Sen. Felder said that when drives to meetings or goes shopping in the neighborhood, he finds it quite difficult to go past the shul.

“I try to avoid going down 18th Avenue, so I don’t have to see the shul all boarded up, Sen. Felder said. “It really hurts.

“My father had invested his whole life in the shul, which had been functioning for 60 years, and the building went ‘up in smoke’: literally, in minutes, just gone.”

“Not only will the shul return to its former glory,” Sen. Felder said, “but I believe that as a result of the Karfunkels building this extraordinary place of Torah, that new people will coming to the shul, and it will continue to grow.”