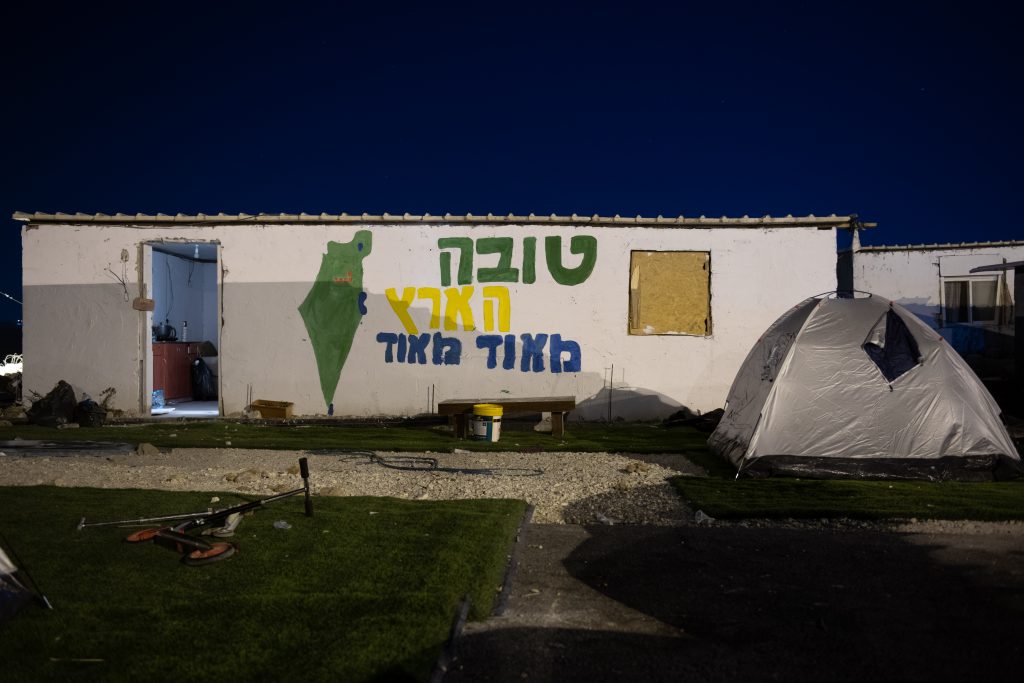 The United States expressed its dissatisfaction over a compromise deal to save the Evyatar outpost reached only hours earlier on Wednesday.

“We believe it is critical to refrain from unilateral steps that exacerbate tensions and undercut efforts to advance equal measures of freedom, security and prosperity and a negotiated two-state solution. This certainly includes establishing new outposts which are illegal even under Israeli law,” a State Department spokesperson said when asked for comment on the matter, The Times of Israel reported.

The report quoted a source who said that the Washington has been monitoring Evyatar and had been hoping the government would remove it, following an Israeli defense ministry determination that it was illegal, and an unequivocal statement from Foreign Minister Yair Lapid that such was the final decision.

But with a confrontation looming between security forces and local residents preparing to resist evacuation, the government agreed to a compromise in order to avoid ugly scenes and widen rifts in the coalition. They were hopeful that the Biden administration would understand the predicament. That does not seem to be the case, although Washington has not come out with a public condemnation.

According to the Shomron Regional Council, under the terms of the deal, residents of Evyatar agreed to move off the hilltop before the weekend, but leave some of the outpost intact. The state will then reconsider the status of the outpost’s land with a view to making it legal for a future resettlement, after “it is proved that Evyatar is not situated on private land.”

It was not clear, however, that the government has signed off on the deal. Earlier in the week, a similar proposal was reportedly agreed to, only to be disavowed by the government, which led to further negotiations.

MK Mossi Raz of the left-wing Meretz party said that if the deal was final, it was “very grave.”

“This is simply insanity, letting terrorist criminals decide where an army base will be formed,” Raz told Radio 103FM. “These are family members of criminals who stole land, they are truly terrorists. I prefer the outpost to remain as is rather than this fraud that is being called a compromise — this isn’t a compromise, this is capitulation.”