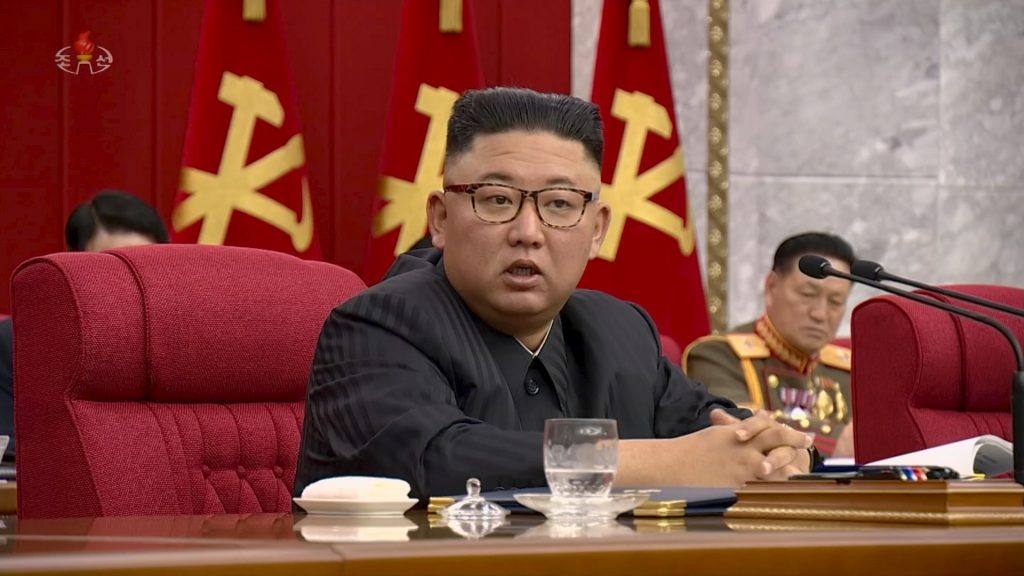 North Korean leader Kim Jong Un said the failure to implement measures to tackle the coronavirus had caused a “great crisis” and he chastised ruling party officials for risking the safety of the country and people, state media reported on Wednesday.

The report by state news agency KCNA did not elaborate on the nature of the crisis or how it put people at risk.

North Korea has not officially confirmed any COVID-19 cases, a position questioned by South Korean and U.S. officials. But the reclusive country has imposed strict anti-virus measures, including border closures and domestic travel curbs.

Kim called a meeting of the Workers’ Party of Korea politburo to address some party executives’ neglect of duty, including failing to implement important long-term measures to fight the pandemic, the KCNA state news agency said.

“He mentioned that senior officials in charge of important state affairs neglected the implementation of the important decisions of the Party… and thus caused a crucial case of creating a great crisis in ensuring the security of the state and safety of the people and entailed grave consequences,” the news agency said.

Several politburo members, secretaries of the central committee, and officials of several state agencies were replaced at the meeting, though KCNA did not specify if the shakeups were related to the neglect of pandemic-related duty.

When asked about Kim’s remarks, South Korean Vice Foreign Minister Choi Jong-kun said officials in Seoul were aware of the report but had nothing to add.

“During this pandemic era we have publicly expressed our willingness to help [North Korea], ranging from PCR tests to whatever you can imagine,” he told reporters at a briefing.

North Korea has treated the protection of its people from the coronavirus as a matter of national survival and anti-pandemic decisions are made by some of its most senior leaders, said Harvard Medical School’s Kee B. Park, who has worked on healthcare projects in North Korea.

“The main objective of North Korea’s strategy is to prevent the virus from even getting into the country while simultaneously strengthening its treatment capabilities as well as acquiring vaccines,” he said.

North Korea’s all-of-government, comprehensive approach and the repeated holding of large-scale public gatherings suggest that it may have prevented any major outbreak, Park said.

“However, the success comes with steep cost to its economy and increased vulnerability for the poorest of the population,” he said.

Last year, North Korea said it had declared a state of emergency and locked down the border city of Kaesong after a person who defected to South Korea three years ago returned across the fortified border with what state media said were symptoms of COVID-19.