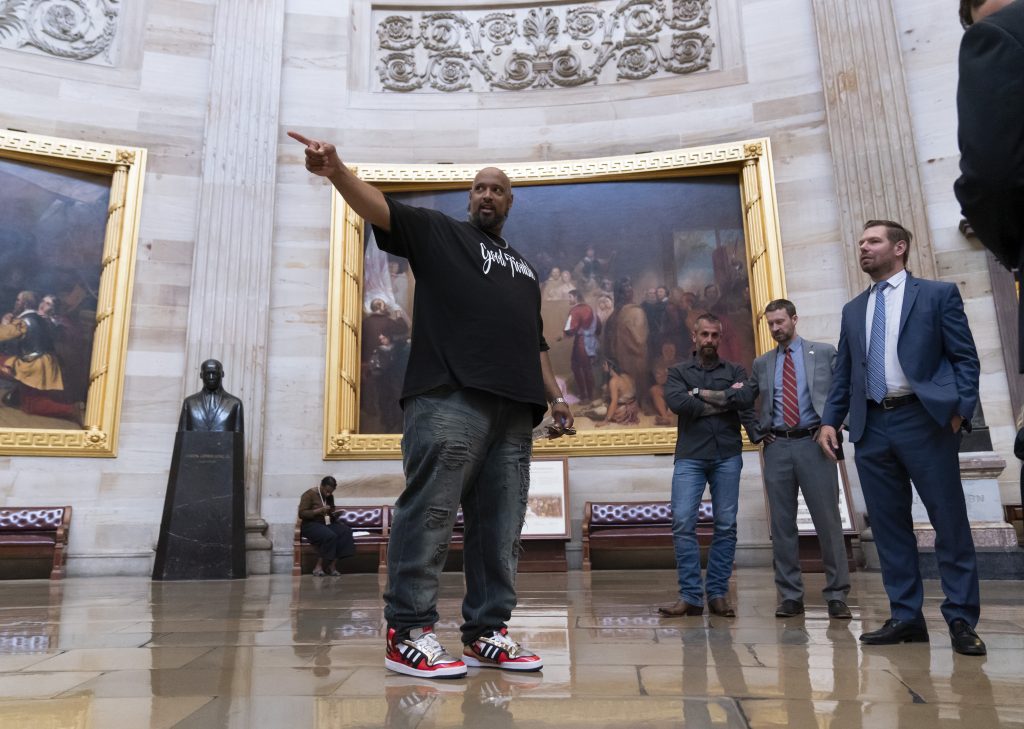 The U.S. House of Representatives on Wednesday approved the creation of a new Democratic-majority select committee to probe the Jan. 6 attack on the Capitol by a pro-Trump mob, after Senate Republicans in May blocked an independent commission.

The vote was 222-190, largely along party lines. Just two Republicans, Representatives Liz Cheney and Adam Kinzinger, voted for the panel.

Kinzinger, one of the most prominent Republican critics of former President Donald Trump in the House, said before the vote that he is open to joining the Democratic-led probe.

On Jan. 6, hundreds of Trump supporters stormed the Capitol in an unsuccessful attempt to stop Congress from certifying Democrat Joe Biden’s presidential election win over his Republican rival. The violence left five dead.

“I hope we can begin to uncover exactly what happened and take reasonable steps to prevent the events of Jan. 6 from reoccurring, and yes, yes, find out who is responsible. Who is responsible for inciting a mob to come to the Capitol of the United States to overturn the election of the president of the United States,” House Majority Leader Steny Hoyer, a Democrat, said during debate.

The Jan. 6 panel will have subpoena power, presumably allowing it to call Trump as a witness, said Carrie Cordero, a senior fellow at the Center for New American Security think tank. However, “they’ll have to make decisions about whether they want to engage in litigation over subpoenas,” she said.

Republican leaders have not said whether the party will participate, but recommended voting against creation of the committee, saying it was likely to pursue a partisan agenda.

Kinzinger, who with Cheney was among a handful of the Republicans who voted earlier this year to impeach Trump for inciting the riot, said he was open to serving on the panel.

“It’s not my favorite option, but the point is, we can’t keep pretending like Jan. 6 didn’t happen,” he told Chicago Fox32 on Wednesday. “We just need answers. We need to know whether members of Congress, members of the administration, that were involved in coordinating this.”

Cheney said she would have preferred an outside commission whose members would have been evenly divided between the political parties. Such a plan passed the House earlier this year with the support of 35 Republicans, but Senate Republicans blocked it.

“That effort was unfortunately blocked. A select committee is now the only remaining option,” Cheney said in a statement. She told reporters it would be up to House Speaker Nancy Pelosi as to whether she will serve on the panel.

Other Republicans pointed to the select committee’s planned makeup, with Democrats in the majority, as inherently unfair.

Representative John Katko, a Republican who helped broker the earlier failed bipartisan commission proposal, denounced the select committee plan as “a turbocharged partisan exercise.” He has compared the proposed panel to a previous, Republican-majority House select committee on the 2012 attack on the U.S. consulate in Benghazi.

Republicans also argued that existing committee probes as well as prosecutors’ investigations make an outside commission or a select committee unnecessary. More than 500 people have been charged with taking part in the violence.

The select committee plan calls for Pelosi to appoint the panel’s chairman and all 13 members, although five members would be selected by the speaker “after consultation with” House Republican Leader Kevin McCarthy.

This suggests Pelosi could block a Republican attempt to name someone like Representative Marjorie Taylor Greene, an ally of Trump who told CNN she would like to be chosen.

An aide said Pelosi was considering a Republican among her appointees.

The resolution gives no deadline for finishing the probe, meaning it could spill over into next year, when 2022 midterm elections will determine control of Congress.

Pelosi invited several police officers who battled the mob on Jan. 6 to sit in the House gallery during Wednesday’s debate, including Michael Fanone, a Washington cop who was beaten unconscious by rioters after he rushed to the Capitol to help. She also invited the mother and partner of Capitol Police officer Brian Sicknick, who died a day after the violence.