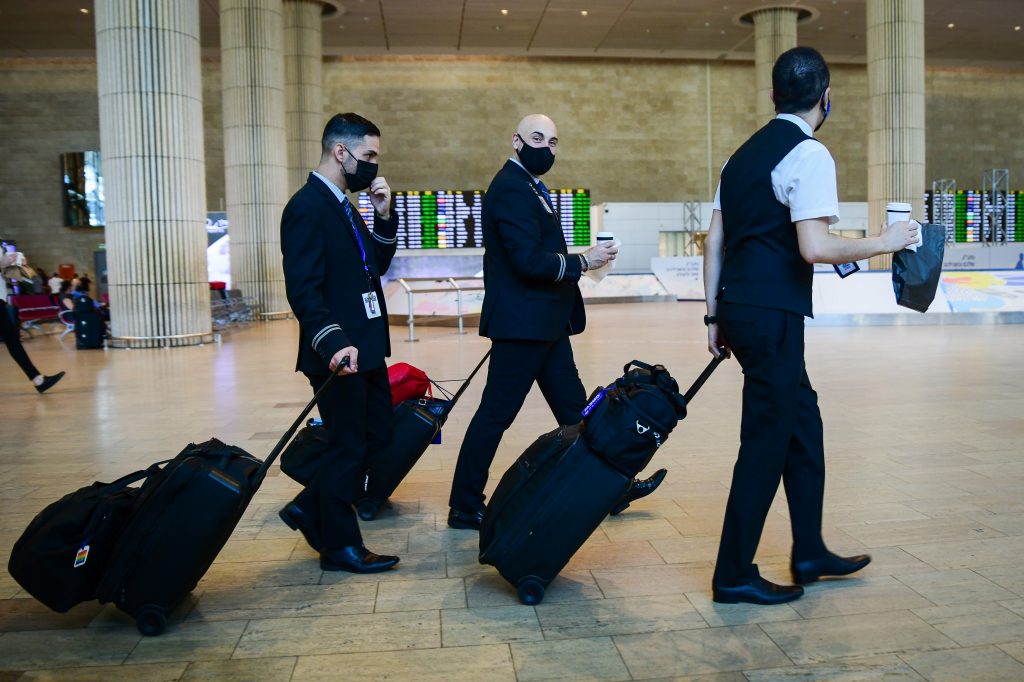 The Israeli Health Ministry is considering bringing back the “green pass” system to cope with the rise in covid cases, according to Haaretz on Wednesday.

The plan, which ended on June 1, allowed only people vaccinated to dine indoors at restaurants and attend most cultural events. If no further restrictions are imposed, there could be 600 new cases per day by next week, a source in the ministry was quoted as saying.

Interior Minister Ayelet Shaked said on Wednesday that it might be necessary to again suspend flights in and out of Israel.

“The situation at Ben Gurion Airport is the central concern,” she told reporters after a tour of the arrivals terminal. “The simple solution is to close the airport. But the situation today is different than it was, and we’re trying to keep the airport open. But if the morbidity rises, then the flights will stop.”

So far, beyond a tightening of travel restrictions and testing at Ben Gurion airport to prevent the Delta variant from getting into the country, the general public has only been asked to resume wearing masks in indoor settings.

Meanwhile, the number of teens getting vaccinated has gone up. As of Tuesday morning, nearly 32 percent of Israelis in the 10-19 age bracket had received at least one dose of the vaccine, up from around 23% a week earlier, Health Ministry data showed.

Prime Minister Naftali Bennett’s 14-year-old daughter set an example for her cohort by getting vaccinated on Tuesday. Her father tweeted a picture of his daughter and called on others to go get vaccinated.

“The Delta disease can harm those who are not vaccinated, and that is the children,” Bennett said Tuesday while touring a youth vaccination center in Holon.

On the last day of school, more than 13,000 students and teachers were reportedly in quarantine, not exactly the start of summer vacation they had been looking forward o.

According to reports, Israel has 1.4 million doses set to expire at the end of next month and Bennett is hoping to use as many of them as possible by getting 300,000 children vaccinated by July 9, leaving enough time for a second dose from the expiring batch as well.