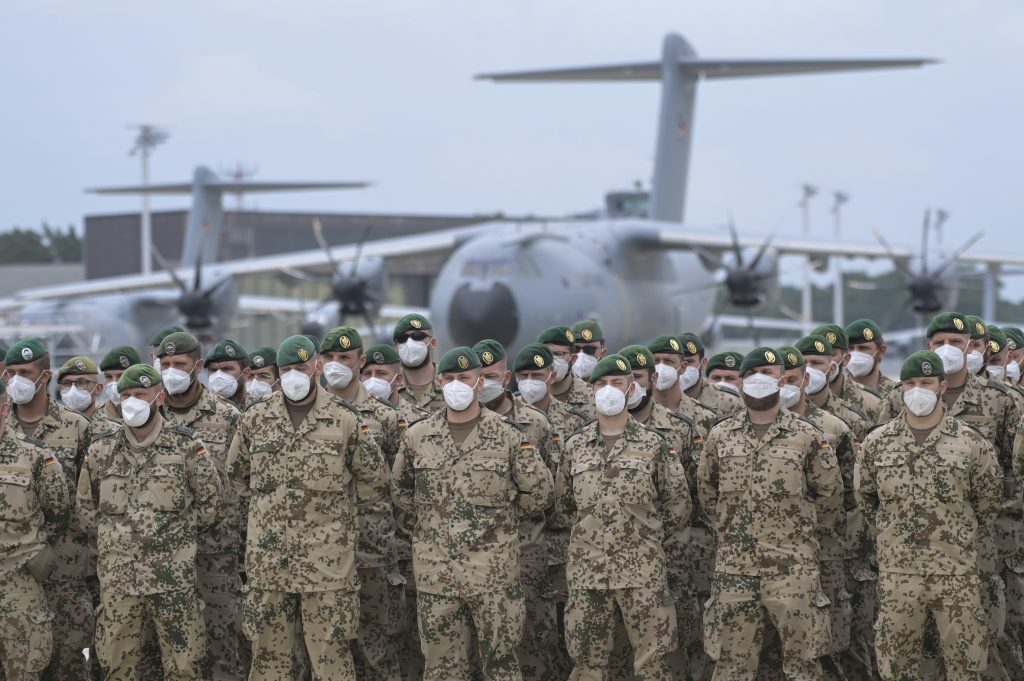 Most European troops have already pulled out of Afghanistan, quietly withdrawing months before the U.S.-led mission was officially expected to end — part of an anticlimactic close to the “forever war” that risks leaving the country on the brink of civil war.

Germany and Italy declared their missions in Afghanistan over on Wednesday and Poland’s last troops returned home, bringing their deployments to a low-key end nearly 20 years after the first Western soldiers were deployed there.

Announcements from several countries analyzed by The Associated Press show that a majority of European troops has now left with little ceremony — a stark contrast to the dramatic and public show of force and unity when NATO allies lined up to back the U.S. invasion to rid the country of al-Qaida after the Sept. 11, 2001, attacks.

In the ensuing decades, the war went from one mission to another. Former U.S. President George W. Bush’s administration shied away from nation-building and the United Nations advocated a light footprint. But with the passing years, NATO and U.S. troops took on greater roles developing Afghanistan’s National Security and Defense Forces and training police. At the war’s peak, the U.S. and NATO military numbers surpassed 150,000.

NATO agreed in April to withdraw its roughly 7,000 non-American forces from Afghanistan to match U.S. President Joe Biden’s decision to pull all American troops from the country, starting May 1.

Biden set a Sept. 11 deadline for the withdrawal of U.S. troops. But more recently, American officials have said that pullout would most likely be completed by July 4 — and many allies have moved to wrap up their own presence by then as well.

NATO declined to give an update Wednesday on how many nations still have troops in its Resolute Support mission. But an analysis of governments’ own announcements shows that more than 4,100 of the non-American forces have left.

Germany publicly announced the end of its nearly 20-year deployment in a statement and a series of tweets from the defense minister late Tuesday evening, shortly after the last plane carrying its troops had left Afghan airspace.

Three transport aircraft landed at the Wunstorf air base in northern Germany on Wednesday afternoon. The troops, wearing masks, lined up on the tarmac for a brief ceremony, but the military dispensed with a bigger reception because of the coronavirus pandemic.

“We have worked long and hard to stand here today,” said Brig. Gen. Ansgar Meyer, the last commander of the German contingent. “As your commander, I can say for you: ‘Mission accomplished.’ You have fulfilled your task.”

But the top American general in Afghanistan gave a sobering assessment Tuesday, warning about the recent rapid loss of districts to the Taliban and cautioning that the country could descend into civil war.

The German pullout came amid a spate of withdrawals by European nations. Poland’s last departing troops were greeted Wednesday by Defense Minister Mariusz Blaszczak. Some 33,000 Polish troops have served in Afghanistan over the past 20 years.

The last Italian troops from Italy’s base in Herat arrived at the military airport in Pisa late Tuesday. Italy officially declared its mission in Afghanistan over in a statement Wednesday, with Defense Minister Lorenzo Guerini paying tribute to the 53 Italians who died, and 723 who were injured over the past two decades.

Going forward, Guerini said Italy’s commitment to Afghanistan would remain strong but in other forms, “beginning with the strengthening of development cooperation and support for Afghan institutions.”

Georgia’s last troops returned home on Monday, while Romania brought home its remaining 140 troops on Saturday, when Norway also pulled out. Troops from Denmark, Estonia and the Netherlands also returned home last week. Spain withdrew its last troops on May 13, Sweden on May 25, and Belgium on June 14. The small contingents deployed by Portugal, the Czech Republic, Slovenia, Finland and Albania have all left as well.