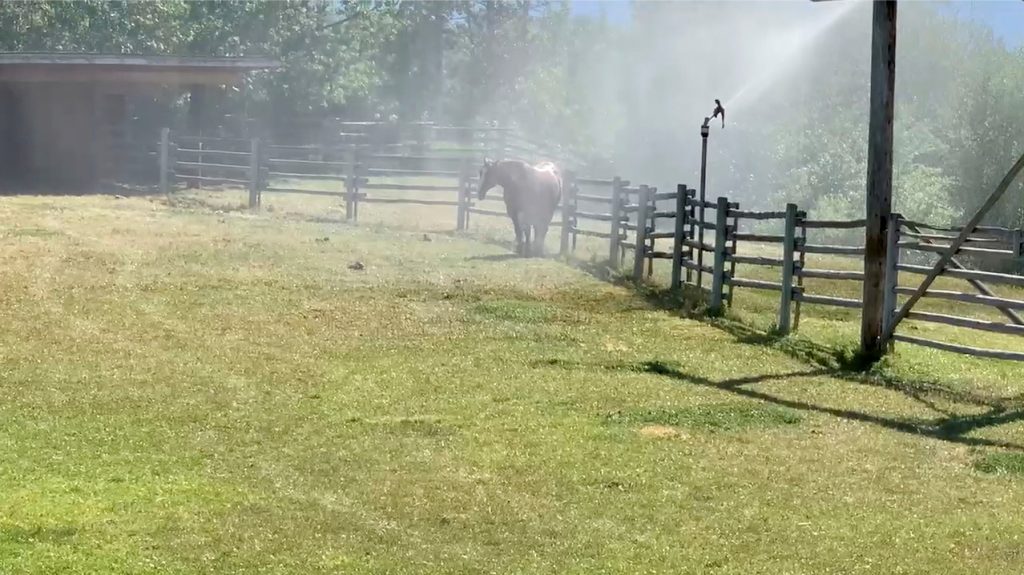 The Canadian province of British Columbia suffered nearly double the average deaths as temperatures hit a record high of 46.6°C (115.88°F) during the past four days of “extreme heat,” officials said on Tuesday.

At least 233 people died in the West Coast province between Friday and Monday, about 100 more than the average for a four-day period, and the number was expected to rise as more reports were filed, officials said.

Coroners are now gathering information to determine the cause and manner of deaths and whether heat played a role, the statement said.

Environmental heat exposure can lead to severe or fatal results, particularly in older people, infants and young children and those with chronic illnesses, Chief Coroner Lisa Lapointe said in a statement.

British Columbia closed schools and universities on Monday due as temperatures soared.

Lytton, a town in central British Columbia roughly 125 miles north of Vancouver, reported a temperature of 46.6°C (115.88°F) on Sunday.

Canada is widely known for its brutal winter and snows, and prior to the weekend the historical high in Canada was 45°C, set in Saskatchewan in 1937, according to Environment and Climate Change Canada.

The heat wave in the Pacific Northwest, which is more accustomed to long bouts of rain than sun, resulted from a high-pressure system that wasn’t moving, said Greg Flato, a senior research scientist with Environment and Climate Change Canada based in Victoria.