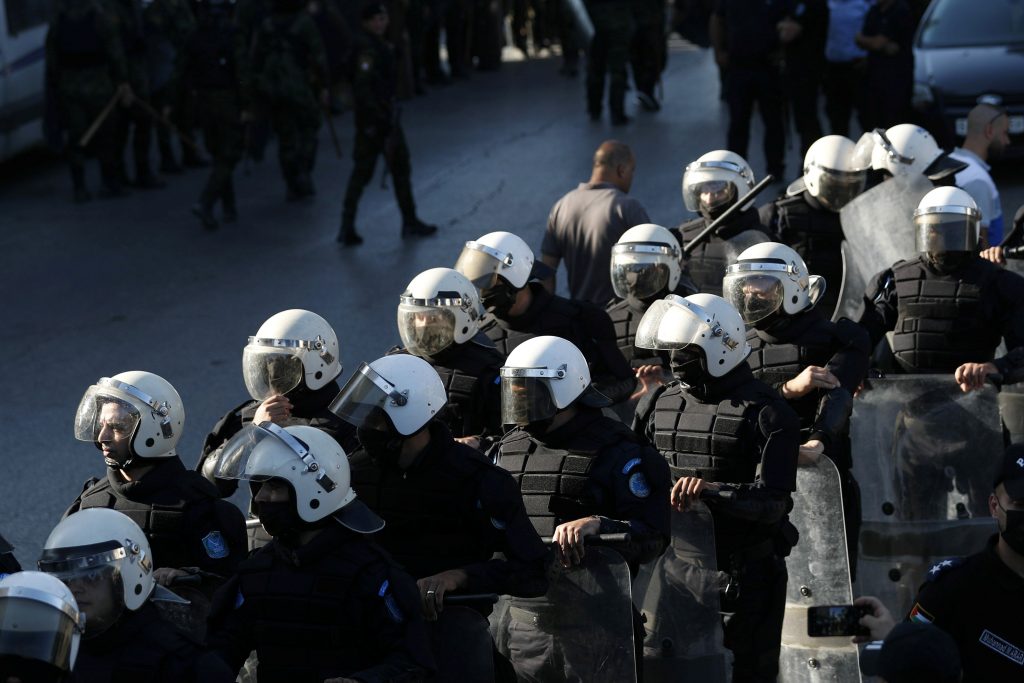 Pressure is mounting on Palestinian Authority President Mahmoud Abbas over his security forces’ handling of protesters demanding his resignation since one of his biggest critics died in custody.

The U.S. Embassy in Yerushalayim said it was “deeply disturbed” by reports that protesters had been intimidated and beaten by plain-clothes officers, and the United Nations condemned what it called “totally unacceptable” attacks.

The security forces have denied deploying officers in civilian clothing against protesters.

But the criticism of the PA by such important international backers extends the already long list of problems facing Abbas, 85, after 16 years in power.

The family of Nizar Banat, a prominent critic of the PA who died in detention on June 24, said security forces broke into his house in Chevron and hit him repeatedly with a metal rod before arresting him.

A Palestinian rights group confirmed after conducting an autopsy that Banat had suffered blows to his head.

The PA has declined direct comment on the circumstances of Banat’s death but, offering his condolences, Prime Minister Mohammad Shtayyeh said on Tuesday the judiciary would “ensure application of the law against all those found guilty.”

The death has led to days of protests and clashes between demonstrators and security forces.

“We are deeply disturbed by reports that non-uniformed members of the Palestinian Authority Security Forces (PASF) harassed and used force against protesters and journalists over the weekend,” a spokesperson for the U.S. Embassy said.

The Office of the United Nations High Commissioner for Human Rights in the Palestinian territory said one of its rights monitors covering protests in Ramallah on Sunday was among dozens of people who had been attacked in a “totally unacceptable way.”

“The attack, by persons in civilian clothes, included punching, the use of pepper spray, and attempts to steal a phone being used to document events,” it said on Facebook.

Talal Dweikat, spokesperson for the Palestinian security forces, said such reports were “not true”.

The PA says it has investigated Banat’s death, and Shtayyeh has urged Palestinians not to politicize the case.

Abbas’s popularity has plummeted since he was elected in 2005, according to opinion polls. He has ruled by decree for over a decade and the PA faces widespread allegations of corruption, which it denies.

Peace talks have been stalled since 2014, and Abbas has faced criticism for continuing to coordinate with Israel on security issues. Anger deepened this year when Abbas cancelled planned elections.

The Palestinian Journalists Syndicate said reporters had been “prevented from covering events and threatened by plain-clothes forces.” It demanded the PA “prosecute those who assaulted journalists, and bring them to justice.”