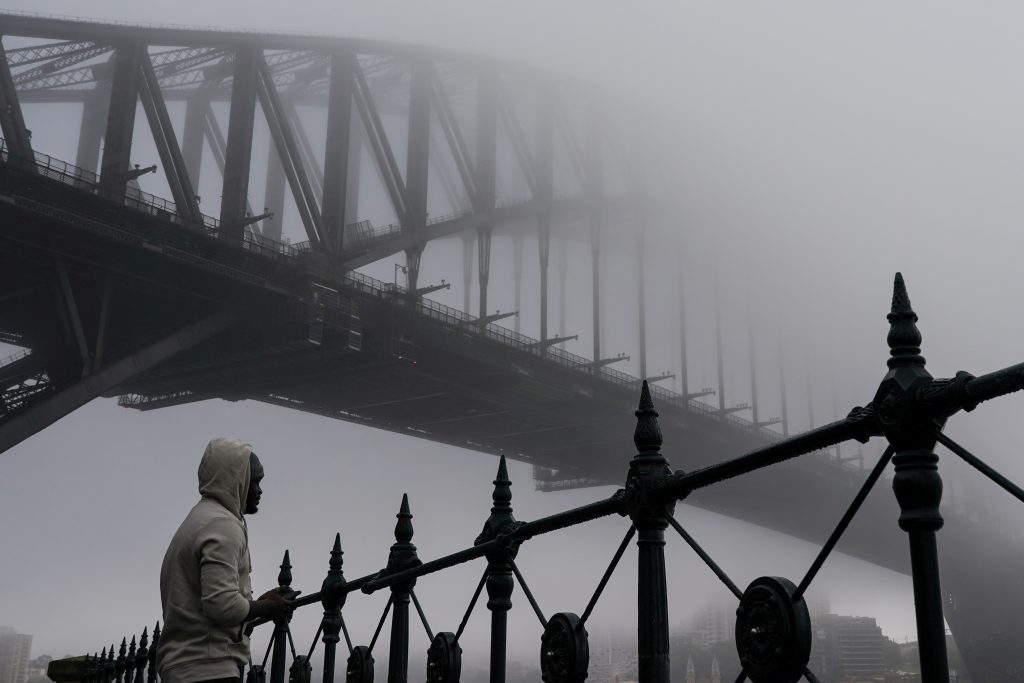 The town of Alice Springs, in the middle of Australia‘s vast outback wilderness and gateway to UNESCO World Heritage-listed Uluru, on Wednesday joined four major cities by locking down, to prevent a potential outbreak of the Delta coronavirus variant.

In the past few days, Sydney, Perth, Brisbane and Darwin imposed lockdowns, though the number of cases recorded daily nationwide were still being counted in tens rather than hundreds.

Around one in two Australians are now under stay-at-home orders, with millions of others subjected to movement curbs and mandatory mask-wearing amid flare-ups of the highly contagious strain in several locations.

On Wednesday the COVID scare reached the far-flung town of Alice Springs, as officials issued stay-at-home orders after a potentially infected traveler used the airport.

Though less than 30,000 people live in Alice Springs, it is known by tourists around the world as the town they have to visit to reach the giant red sandstone monolith of Uluru, formerly known as Ayers Rock, that lies 335 km (208 miles) to the southwest.

While Northern Territory (NT) recorded no cases of community transmission, the region’s officials opted for caution over the potential exposure at Alice Springs due to concerns about the potential impact on indigenous communities.

“The reason we are doing this lockdown is the size of the exposure window and vulnerability of the local population. I will take no risk with that,” NT Chief Minister Michael Gunner said.

With more than five million residents of greater Sydney under a two-week lockdown until July 9, New South Wales state reported 22 new locally transmitted COVID-19 cases on Wednesday, all linked to prior infections.

That was up slightly from the previous two days, but below the peak of 30 new cases reported on Sunday. The state remains the worst-affected in the current outbreak that started two weeks ago when a limousine driver who transported overseas airline crew tested positive.

Officials in Queensland stopped short of imposing a full lockdown, saying they believed the threat was contained.

Lockdowns, tough social distancing, swift contact tracing and a high community compliance have helped Australia quash prior outbreaks and keep its COVID-19 numbers relatively low. It has reported just over 30,560 cases and 910 deaths since the pandemic began.

But less than 5% of its 20 million adult population has been fully vaccinated, leading to criticism of a sluggish national inoculation drive.

The federal government on Monday announced it would indemnify doctors who administer AstraZeneca’s vaccine shots to people under 60, after previously preferring Pfizer doses for that age group due to blood clot concerns.

However, Queensland state authorities said they would not endorse the move.

“I don’t want an 18-year-old in Queensland dying from a clotting illness who, if they got COVID probably wouldn’t die,” Queensland state Chief Health Officer Jeannette Young said in a media conference.