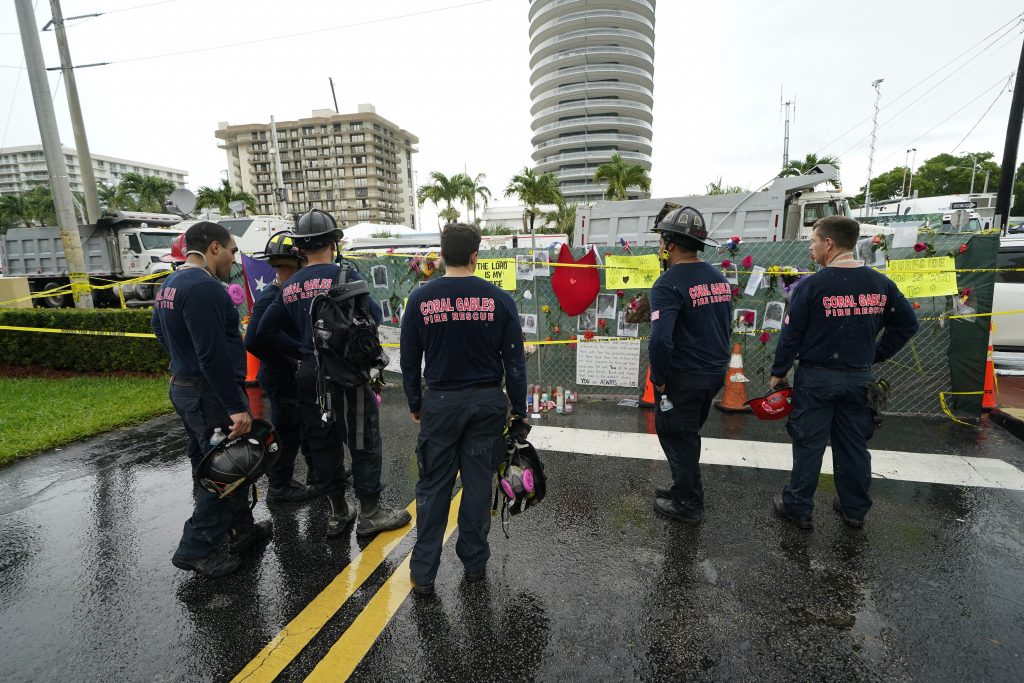 Search crews going through the ruins of a Florida condo tower pulled six more bodies from the rubble Wednesday, bringing the number of confirmed dead to 18. It was the highest one-day toll since the building collapsed almost a week ago into a heap of broken concrete.

The number of residents unaccounted stands at 147.

Miami-Dade Mayor Daniella Levine Cava made the announcement at an evening news conference. She said two of the dead were children, ages 4 and 10, and 145 others remain missing.