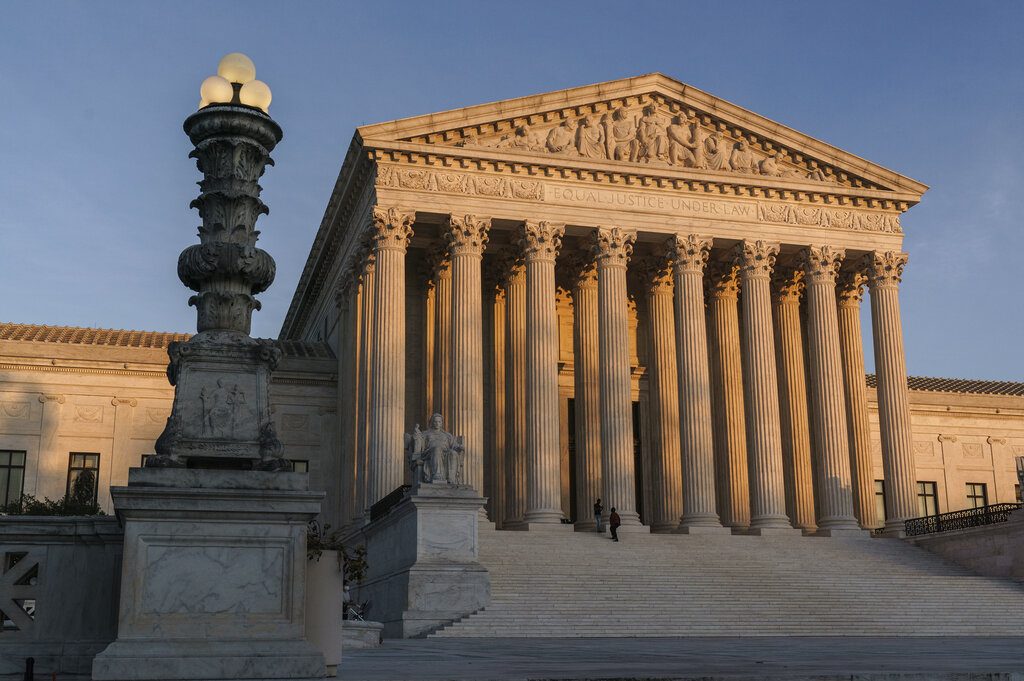 The U.S. Supreme Court on Monday revived a lawsuit filed by the parents of a homeless man who died in police custody in Missouri that accused officers of using excessive force in the moments before their son died handcuffed and shackled in a cell.

The justices, in an unsigned decision, threw out a lower court ruling in favor of police that had concluded excessive force was not used, meaning the lawsuit was over. Nicholas Gilbert, 27, died in 2015 in a St. Louis police holding cell after six officers restrained him for 15 minutes, handcuffing him, shackling his legs and placing him face down on the ground.

The Supreme Court’s decision said the St. Louis-based 8th U.S. Circuit Court of Appeals had not clearly analyzed whether the police use of a “prone restraint” was constitutional and asked the lower court to revisit the issue. The civil rights lawsuit filed by Bryan Gilbert and Jody Lombardo accused the officers of violating the U.S. Constitution’s 4th Amendment protections against unlawful searches and seizures.

Commonly used police guidance informs officers of the suffocation risks and “indicates that the struggles of a prone suspect may be due to oxygen deficiency” rather than resistance, the Supreme Court stated.

The officers had asserted a legal doctrine called qualified immunity that protects police and other types of government officials from civil litigation in certain circumstances. This defense allows officers to avoid liability in excessive force cases if they can show they were not aware that their conduct was already “clearly established” as unlawful.

There is an ongoing debate in the United States over police use of force, especially after the May 2020 death of a man named George Floyd in police custody in Minneapolis prompted protests in many cities in the United States and abroad against racism and police brutality. Like Gilbert, Floyd died after being forcibly restrained by police. Floyd was Black and Gilbert was white.

Gilbert was arrested by police on several grounds including for failing to appear in court for a traffic violation.

Police said Gilbert continued to resist even after he was handcuffed and shackled and at one point six officers were in the cell trying to subdue him, according to lawyers for his family. The officers said they did not exert pressure on Gilbert’s neck.

An autopsy concluded that Gilbert had methamphetamines in his system and suffered from heart disease. The autopsy’s cause of death listed “forcible restraint” as a factor.

In the Floyd case, Minneapolis police officer Derek Chauvin was convicted in April of murder and was sentenced last week to 22-1/2 years in prison. In Washington, lawmakers are considering legislation on police reform.

Reuters in May 2020 published an investigation that revealed how qualified immunity, with the Supreme Court’s continual refinements, has made it easier for police officers to kill or injure civilians with impunity.