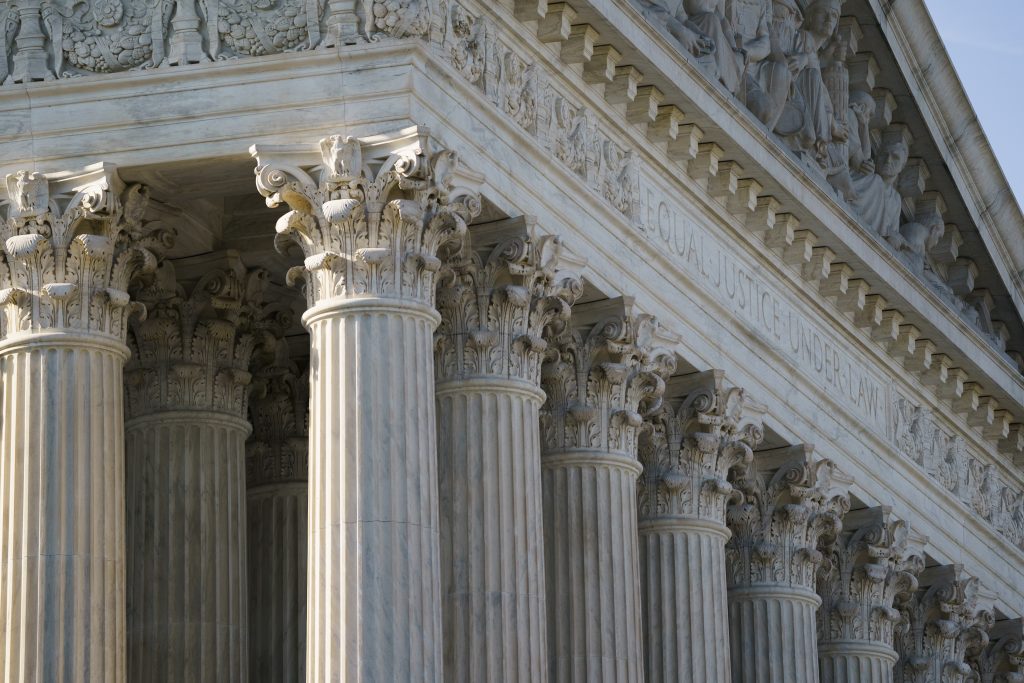 The Supreme Court dealt a blow to New Jersey and other states seeking a way to oppose pipelines running through their land, siding with a pipeline company Tuesday in a dispute over New Jersey land needed for a natural gas pipeline.

Both liberal and conservative justices joined to rule 5-4 for the PennEast Pipeline Co. The ruling says that companies building interstate pipelines, once their projects have been given the greenlight by the Federal Energy Regulatory Commission, can obtain the land they need even in the face of state opposition.

Both the Trump and Biden administrations had supported PennEast. Nineteen states had urged the Supreme Court to rule the other way and side with New Jersey.

In New Jersey’s case, the 116-mile planned pipeline is to run from Pennsylvania’s Luzerne County to Mercer County in New Jersey. FERC had allowed the company’s project to move forward in 2018 by granting PennEast a so-called certificate of public convenience and necessity, but lawsuits followed.

Chief Justice John Roberts wrote for the majority that when FERC issues a certificate of public convenience and necessity, federal law authorizes the certificate’s holder “to condemn all necessary rights-of-way, whether owned by private parties or States.”

Roberts wrote that although “nonconsenting States are generally immune from suit, they surrendered their immunity from the exercise of the federal eminent domain power when they ratified the Constitution.” He said that because the federal Natural Gas Act “delegates the federal eminent domain power to private parties, those parties can initiate condemnation proceedings, including against state-owned property.” Roberts was joined by conservative justices Samuel Alito and Brett Kavanaugh and liberal justices Stephen Breyer and Sonia Sotomayor.

Justice Amy Coney Barrett wrote in a dissent that the majority’s view that states had surrendered their immunity by ratifying the Constitution has “no textual, structural, or historical support.” She was joined by fellow conservative justices Clarence Thomas and Neil Gorsuch and liberal Justice Elena Kagan.

The decision from the high court doesn’t end litigation over the pipeline. A separate challenge involving New Jersey is pending in a federal appeals court in Washington.

In a statement, New Jersey Attorney General Gurbir S. Grewal promised that the decision “is not the end of the road in our fight against the PennEast pipeline.”

“We still have other, ongoing legal challenges to this proposed pipeline, which is unnecessary and would be destructive to New Jersey lands,” Grewal said, urging “the federal government to take another look at this harmful proposal.”

In a statement, Anthony Cox, chair of the PennEast Board of Managers said the company was pleased with the decision.

“This decision is about more than just the PennEast Pipeline Project; it protects consumers who rely on infrastructure projects — found to be in the public benefit after thorough scientific and environmental reviews — from being denied access to much-needed energy by narrow State political interests,” Cox said.

New Jersey had argued that PennEast couldn’t take the state to court to acquire the property it is seeking — only the United States government can. The state argued that the Natural Gas Act does not explicitly authorize private lawsuits by private parties against states. A federal appeals court sided with New Jersey while a lower court had sided with PennEast.