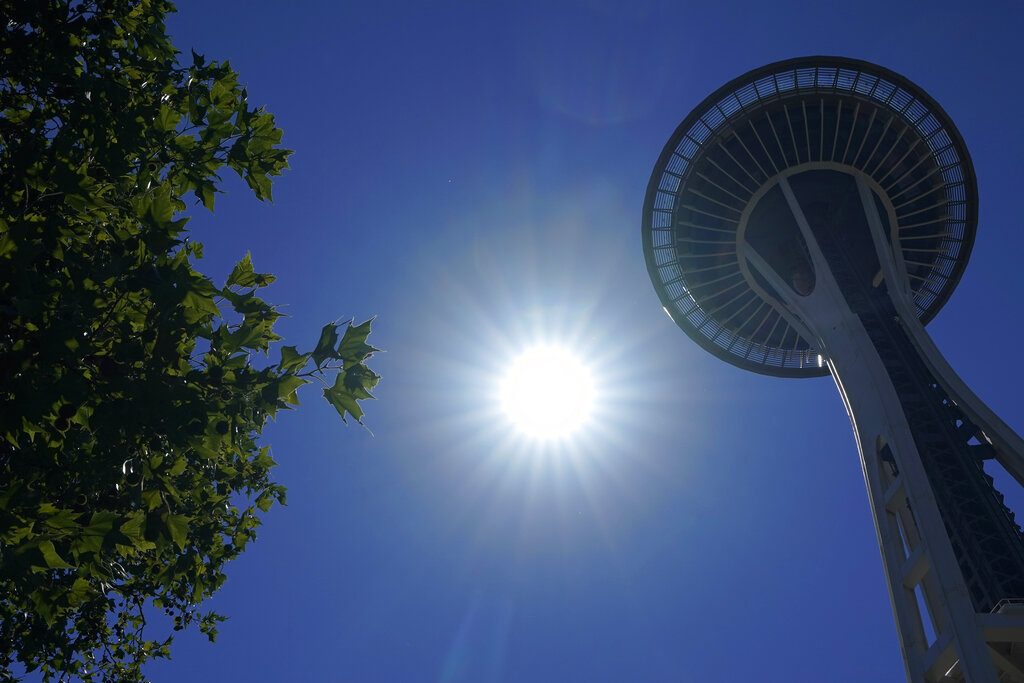 The intense weather that gave Seattle and Portland consecutive days of record high temperatures far exceeding 100 degrees (37.7 degrees Celcius) was expected to ease in those cities. But inland Spokane was likely to surpass Monday’s high temperature — a record-tying 105 Fahrenheit (40.6 Celsius).

About 8,200 utility customers in parts of Spokane lost power on Monday and Avista Utilities warned that there will be more rolling blackouts on Tuesday in the city of about 220,000 people with the high temperature predicted at 110 F (43.3C), which would be an all-time record.

Avista had planned for much higher than normal demand but hit its limit quicker than anticipated because of the intense heat, said Heather Rosentrater, the company’s senior vice president for energy delivery, said Monday night.

Temperatures in other eastern Washington and Oregon communities could reach about 115 degrees F (45.6 C) Tuesday, a day after Seattle and Portland shattered all-time heat records.

The temperatures have been unheard of in a region better known for rain, and where June has historically been referred to as “Juneuary” for its cool drizzle. Seattle’s average high temperature in June is around 70 F (21.1 C), and fewer than half of the city’s residents have air conditioning, according to U.S. Census data.

The heat forced schools and businesses on Monday to close to protect workers and guests, including some places like outdoor pools and ice cream shops where people seek relief from the heat. COVID-19 testing sites and mobile vaccination units were out of service as well.

The Seattle Parks Department closed one indoor community pool after the air inside became too hot — leaving Stanlie James, who relocated from Arizona three weeks ago, to search for somewhere else to cool off. She doesn’t have AC at her condo, she said.

“Part of the reason I moved here was not only to be near my daughter, but also to come in the summer to have relief from Arizona heat,” James said. “And I seem to have brought it with me. So I’m not real thrilled.”

The heat wave was caused by what meteorologists described as a dome of high pressure over the Northwest and worsened by human-caused climate change, which is making such extreme weather events more likely and more intense.

Zeke Hausfather, a scientist at the climate-data nonprofit Berkeley Earth, said that the Pacific Northwest has warmed by about 3 degrees F (1.7 degrees C) in the past half-century.

That means a heat wave now is about 3 degrees warmer than it would have been before — and the difference between 111 degrees and 114 is significant, especially for vulnerable populations, he noted.

“In a world without climate change, this still would have been a really extreme heat wave,” Hausfather said. “This is worse than the same event would have been 50 years ago, and notably so.”

The blistering heat exposed a region with infrastructure not designed for it, hinting at the greater costs of climate change to come.