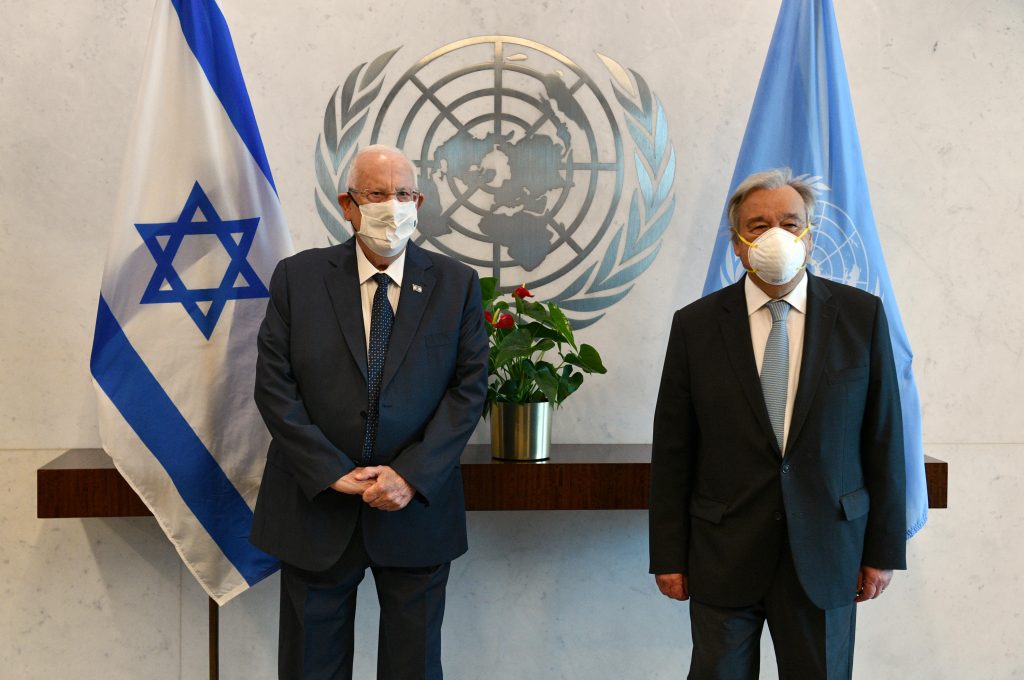 Israel’s President Reuven Rivlin issued a plea for peace at the United Nations in New York on Tuesday.

Addressing Palestinian Authority President Mahmoud Abbas, Rivlin said: “We are not doomed to live together, we are destined to live together. It’s our role to end conflict. Let’s forget about the past. Let’s build confidence. There are opportunities to achieve a bright future for our peoples,” he said.

Earlier, the Israeli president, who finishes his seven-year term in a few days, met with Secretary General Antonio Guterres, whom he told:

“Our region in the Middle East needs to build trust between peoples. Peace between Israel and the Palestinians will never be achieved through anti-Israel decisions or commissions of inquiry,” Rivlin said according to a statement from his office. “The bias against Israel at U.N. institutions must stop.”

“We are interested in continuing to work with the U.N. in order to meet the humanitarian needs of the people of Gaza, with whom we have no conflict,” Rivlin continued.

“However, any arrangement must include the return of our captive soldiers and civilians who are held by the Hamas terrorist organization,” the president said, referring to fallen troops Hadar Goldin Hy”d and Oron Shaul Hy”d and civilians Abera Mengistu and Hisham al-Sayed.

Alongside Rivlin at the meeting was Hadar Goldin’s mother Leah, who urged Guterres to use his influence at the U.N. to bring back her son’s body from Hamas’ hands.