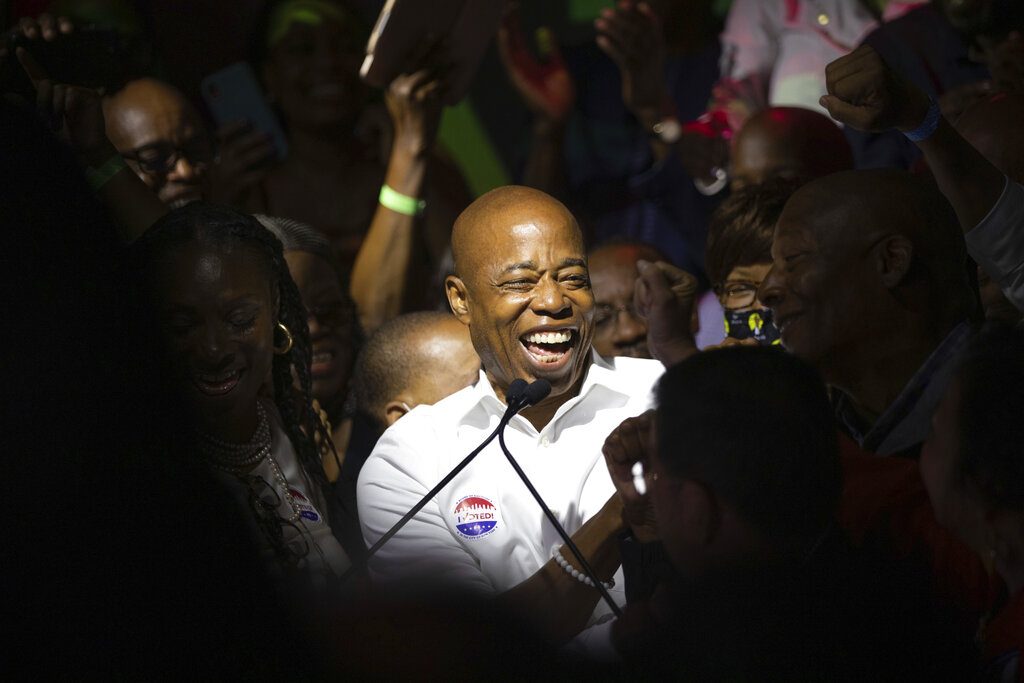 New York City plans to resume counting votes Tuesday in its Democratic mayoral primary, which went into a state of suspended animation a week ago with Brooklyn Borough President Eric Adams enjoying an early lead.

The city’s Board of Elections planned to announce the latest vote tallies sometime in the afternoon, and it will be the public’s first look at results from the city’s new ranked choice voting system, which gives voters a say in who wins even if their top choice for the office doesn’t have enough support.

When voting ended on June 22, Adams, a former police officer, had a lead of around 75,000 votes over civil rights lawyer Maya Wiley, with former city sanitation commissioner Kathryn Garcia following close behind in third place.

Those vote tallies, though, were highly incomplete. They only included a look at who voters put down as their first choice for the job. New York now allows voters to rank five candidates, in order of preference.

Vote tabulation is done in rounds. In each round, the candidate in last place is eliminated. Votes cast ranking that candidate first are then redistributed to those voters’ second choices.

That process repeats until there are only two candidates left. The one with the most votes wins.

Under that system, it is still possible for Wiley or Garcia to overtake Adams if more voters put them down as their second, third, fourth or even fifth choice in the race.

New York City also plans on Tuesday to begin counting absentee ballots in the race. At least 124,000 Democrats voted by absentee ballot in the primary, based on ballots received through Sunday.

The Democratic primary winner will be the prohibitive favorite in the general election against Curtis Sliwa, the Republican founder of the Guardian Angels.