Israel All Night Session in Knesset, Some Bills Passed
Israel 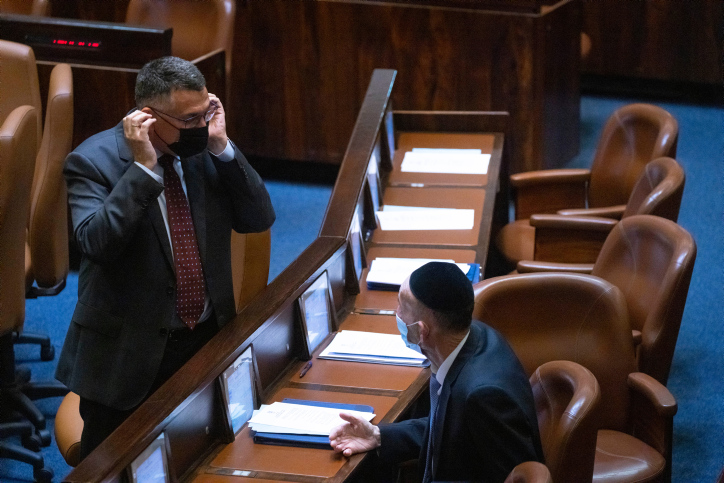 A record-breaking session that began Monday at 4 p.m., lasted until Tuesday morning when the Knesset plenum closed shortly after 7 a.m.

Opposition leader Binyamin Netanyahu participated in the filibuster throughout the night, and more than 100 MKs were present in the Knesset plenum – including senior coalition leaders, headed by Prime Minister Naftali Bennett. The opposition discussed each law presented to the plenum for hours, in an apparent attempt to exhaust the coalition.

But despite attempts at attrition, the coalition managed to pass on first reading the laws that were important to it: a bill (against the Likud) that would allow four MKs to split from their faction.

They also succeeded in passing the extension of the Norwegian Law and the extension of the deadline for approving the budget, as well as the law establishing mechanisms in order to preserve the privacy of government work and ensure the rotation, another law approved on first reading, is special provisions regarding the corona crisis.

In a post Tuesday morning, Netanyahu announced: “7:10 in the morning, ending another day of battle in the Knesset. We will continue to fight until we overthrow this dangerous fraud government. Thank you to all the Likud and opposition members who all came and participated in the effort!”