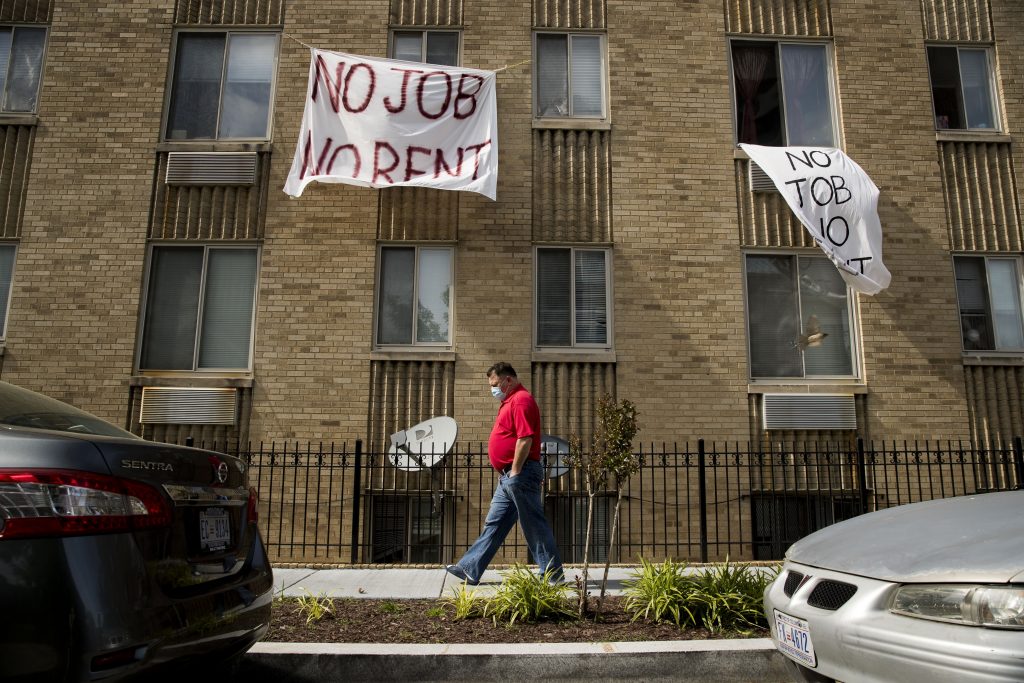 Tenants and their advocates hope New York’s revamped rent relief program will finally help renters and landlords who have struggled to get assistance since the start of the COVID-19 pandemic.

Paperwork requirements made it tough for tenants and landlords to get relief funds in a previous round of pandemic assistance.

Last year, New York dedicated $100 million from the federal CARES Act to rental relief and received 94,000 applications. But it wound up rejecting most applicants.

It has dispersed $47 million to date to 18,000 applicants, far fewer than officials had hoped to reach.

Now, it has a new $2 billion fund, passed in April, but people can only submit online applications and the website has been crashing in recent days and weeks.

In New York City alone, renters owe at least $1 billion in back rent, according to a survey of rent-regulated apartments by Community Housing Improvement Program, a landlord trade group.

This year, New York launched a new program with more than $2 billion in mostly federal funds to help tenants with outstanding rent, utility payments and other expenses.

The state has not distributed any funds yet. New York Gov. Andrew Cuomo’s administration said that at least 110,000 people applied, and it could take four to six weeks to process complete applications. Payments will go directly to landlords.

New York has put a moratorium on evictions through August 31. Tenants can still be protected from eviction once the law expires, but only if they submit an application for rent relief.

New York released an application for tenants and landlords to fill out June 1 — nearly two months after lawmakers approved funding in the state budget.

New York was one of eight states without an up-and-running relief program as of mid-May, according to the Legal Aid Society.

“It took awhile, and that’s been disappointing how long it’s taken,” staff attorney Eileen Davidson said. “You know when you look across the country, I think a lot of places have struggled to create these programs and get them up and running to get the money out.”

Samuel Stein, housing policy analyst at New York City-based Community Service Society, said the most vulnerable people are less likely to have internet or an email address and or the time or computer skills to spend hours refreshing a malfunctioning page.

Stein said some translations are poor quality, particularly for Bangladeshi speakers. He questioned why advocates can’t simply print out paper copies and help multiple people at once.

“In some ways it is simpler but it’s still far too complicated,” he said.

Cuomo’s administration did not provide The Associated Press with specifics about why there’s no paper application option, or exactly why it took so long for the new fund to get up and running.

But officials said the state moved swiftly on roll-out, and said it took time to translate applications into eight languages and work with local governments on outreach, application assistance and anti-fraud prevention. Applicants can call the state hotline for help filling out the application over the phone.

A customer service agent reached through the website’s live chat function said Friday that “a lot of other callers are having the same issue” with uploading documents and the “website is currently having malfunctions.”

And Tohom shared a photo of the website Monday that read: “Page is currently unavailable, please try later.”

Office of Temporary Disability Assistance spokesperson Anthony Farmer denied the document upload function has been down.

“Minimal technical issues are being quickly addressed as they are encountered, and the application process continues,” he said.

New York lags behind other populous states: Texas, for example, has paid out $388 million to 61,000 households.

Charni Sochet, a spokesperson for the state’s affordable housing agency, said the original program was “designed by the Legislature” and “every eligible household” received aid. Cuomo’s administration did not specify how it plans to spend the rest of the $100 million in federal money it received.

Davidson said the situation created “an incentive for the state not to pay it all out, because they then could take that money and use it for something else.”

This year, New York can only use the new federal funds for rent relief.