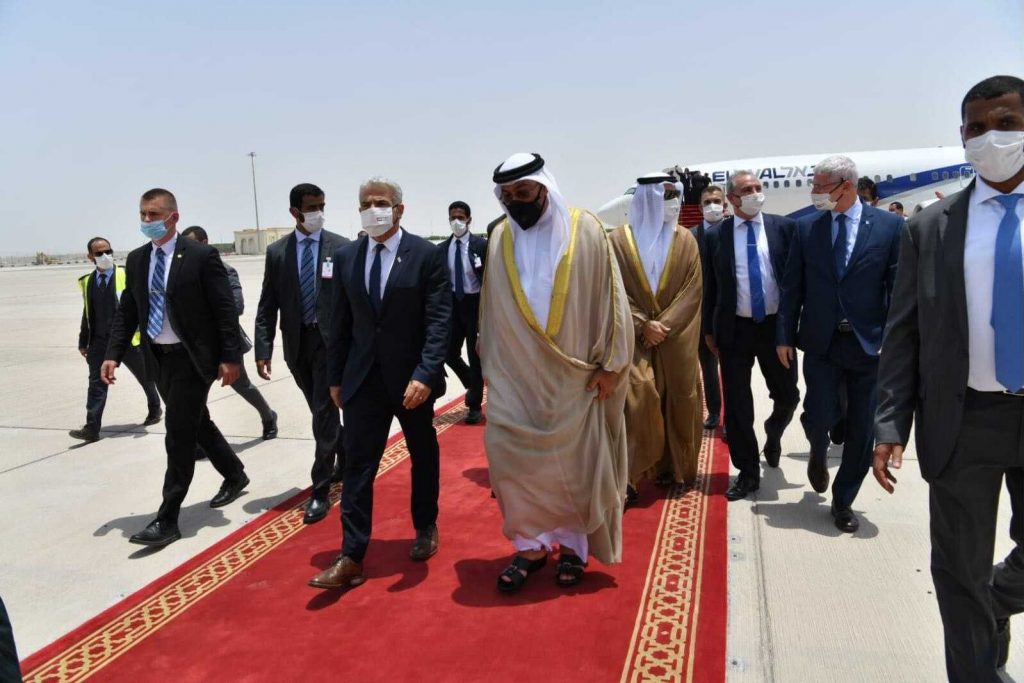 Foreign Minister Yair Lapid landed in the United Arab Emirates on Tuesday in the first official visit by an Israeli minister to the Gulf state since the two countries established diplomatic relations last year.

During the two-day visit, Lapid is set to inaugurate Israel’s embassy in Abu Dhabi and its consulate in Dubai, as well as sign an agreement on economic cooperation, Israeli Foreign Ministry spokesman Lior Haiat said.

Lapid posted a picture of himself during take-off, calling the visit “historic.”

The UAE, along with Bahrain, Sudan and Morocco, began normalizing relations with Israel last year under the Abraham Accords brokered by then-President Donald Trump and which marked a strategic realignment of Middle East countries against Iran.

Tuesday’s agreement will be the 12th between Israel and the UAE since then, Haiat said.

Lapid is also set to visit the site of Expo 2020 Dubai, a world fair opening in October where Israel has built a pavilion.

Lapid’s plane transited through Saudi airspace. Riyadh, although not having normalized relations with Israel, last year opened its skies to Israel-UAE flights.

The UAE formally opened its embassy in Tel Aviv, temporarily located in the Tel Aviv  Stock Exchange, to little fanfare this month.

Israel’s Abu Dhabi Embassy is also in a temporary location.

“We are planning for it to be a big one, an important one,” Haiat said. “For the time being, we are talking about three diplomats.”