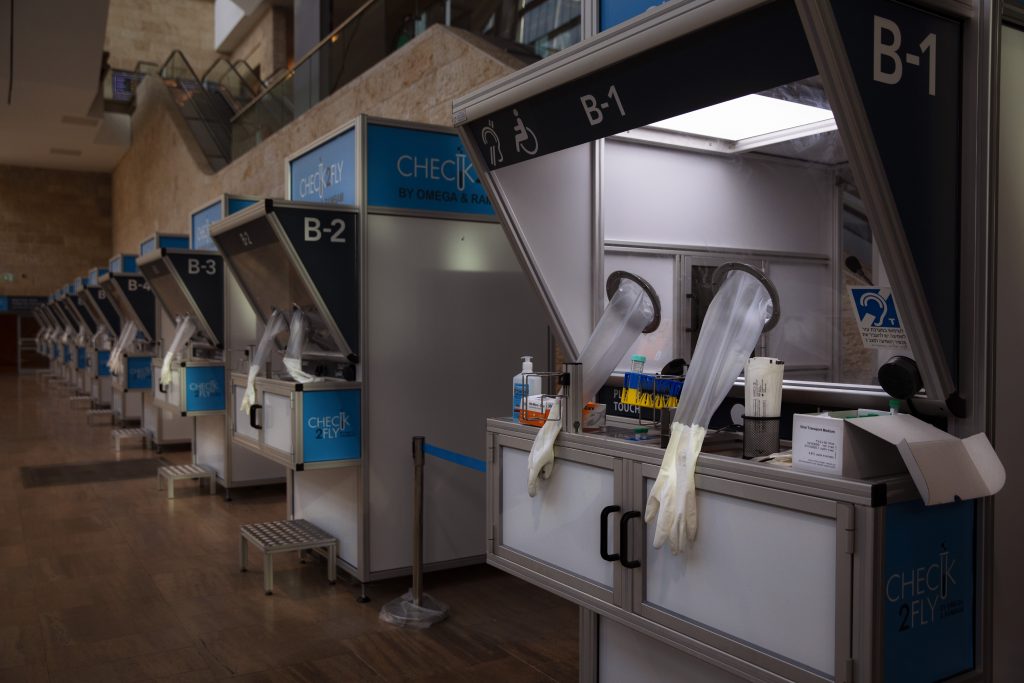 The move is being done in an attempt to separate people coming from “green” countries from those from “red” countries in order to try and control the rising infection rates of the coronavirus in Israel.

Dr. Sharon Alroy-Preis, the head of public health, told MKs on Tuesday, the the recent outbreak is due to community spread and quarantine violations.

“Initially we found infections in people who returned from foreign travel, but now we are seeing more newly confirmed cases that are the result of community spread and people violating quarantine,” Alroy-Preis told the members of the Knesset’s Constitution, Law and Justice Committee.

But she said that while the infection rate in Israel is on the rise, hospitals are treating fewer cases of COVID-19 than in May.

Modiin and Herzliya were moved into the “orange” category while Ramle and Pardes Chana were designated as “yellow.”

She also warned that Israel’s successful vaccination drive did not mean that the crisis was over in the country.

“The situation is fluctuating and there is still a risk to public health from the worldwide pandemic,” Alroy-Preis said.

She also said that 35% of eligible Israelis had still not received their coronavirus vaccines.

Prime Minister Naftali Bennett said Tuesday that the government will move to ban all travel to “red” countries where coronavirus infection rates are very high.