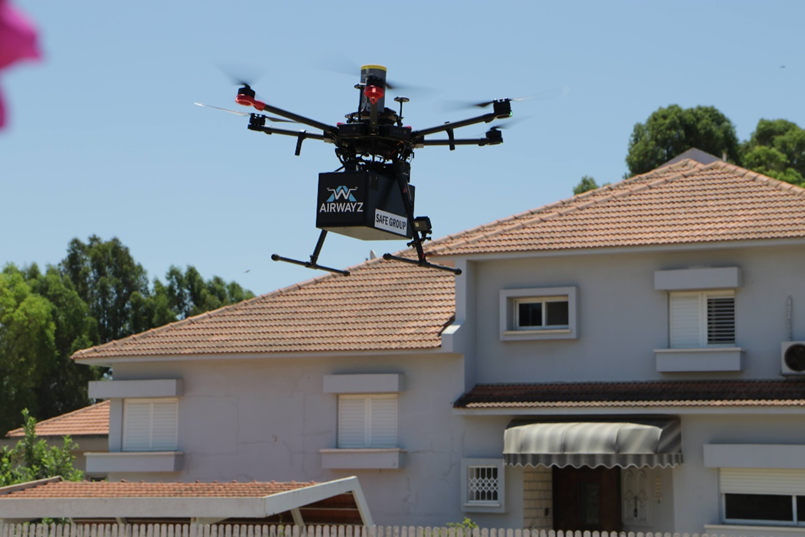 Israel’s National Drone Initiative announced on Tuesday a series of flights over the northern coastal city of Hadera, the latest phase in introducing commercial and public service drones into Israeli airspace.

The NDI began its flights over urban areas in January 2021, entered this new phase in its pilot program, which includes flights over houses and above residents in and around the city of Hadera. This is the second stage in a series of eight demonstrations expected to take place during the coming two years, in which tens of thousands of sorties will take place in the area.

The initiative, which originated via a collaboration between the Israel Innovation Authority, the Israeli Ministry of Transport (through the Ayalon Highways company), the Israel Civil Aviation Authority (ICAA) and the Smart Transportation Authority, was established to improve the functionality of drones for the benefit of the public, ultimately helping to reduce road congestion. Likewise, the initiative is working towards creating a national network of air corridors for UAV deliveries of medicine, medical examinations and equipment, eCommerce, and more.

Itamar Ben-Meir, CEO Ayalon Highways: “Managing a smart aerial space with multiple drones flying simultaneously over the heart of the city of Hadera, controlled from the Savidor metropolitan traffic control center in Tel Aviv, demonstrates the technological feasibility of operating multiple drones right from the moment that customers order goods all the way to home delivery of those goods. This represents a substantial upgrade of the National Drone Initiative – which is part of the future traffic solutions led by Ayalon Highways.”

The first demonstration took place in March 2021 when five groups of companies operated about 20 drones in the demonstration, flying over 2,000 sorties above Hadera, conducted under one unified command & control system.

The airspace was managed by an autonomous Unmanned Aircraft System Traffic Management (UTM) system operated from the Ayalon Highways aerial control center – the command & control center of the demonstration. The drones flew about 300 sorties a day over open areas, with each drone simulating one of range ofa tasks: food deliveries, transport of medicine and medical equipment, as well as agricultural services.

In this second phase of the pilot project, flights are being carried out over residential neighborhoods in the city of Hadera. In addition, there are demonstrations of end-to-end drone deliveries – from the moment the order is placed via an app, up to and including the delivery of the goods to the end customer. This is the first time that drone delivery flights will be carried out within urban residential neighborhoods from key takeoff points in the city, in close proximity to businesses, public institutions, etc.

The flights are operated by six different companies. They are expected to be joined by the Israeli Police, the National Fire Department and the IDF Home Front Command. The joint flights will be autonomously managed and prioritized by the Ayalon Highways air traffic control center. The autonomous computerized system for managing and supervising airborne drones flying over Hadera can be viewed at this center, demonstrating a situation where dozens or even hundreds of drones – in future scenarios – fly through the skies of various cities throughout the country on various missions, operating in a uniform airspace.

The system will be able to prioritize the various drone flights and clear the airspace when a large aircraft enters or when one of the aircrafts operated by the emergency services organizations enters in case of an emergency.