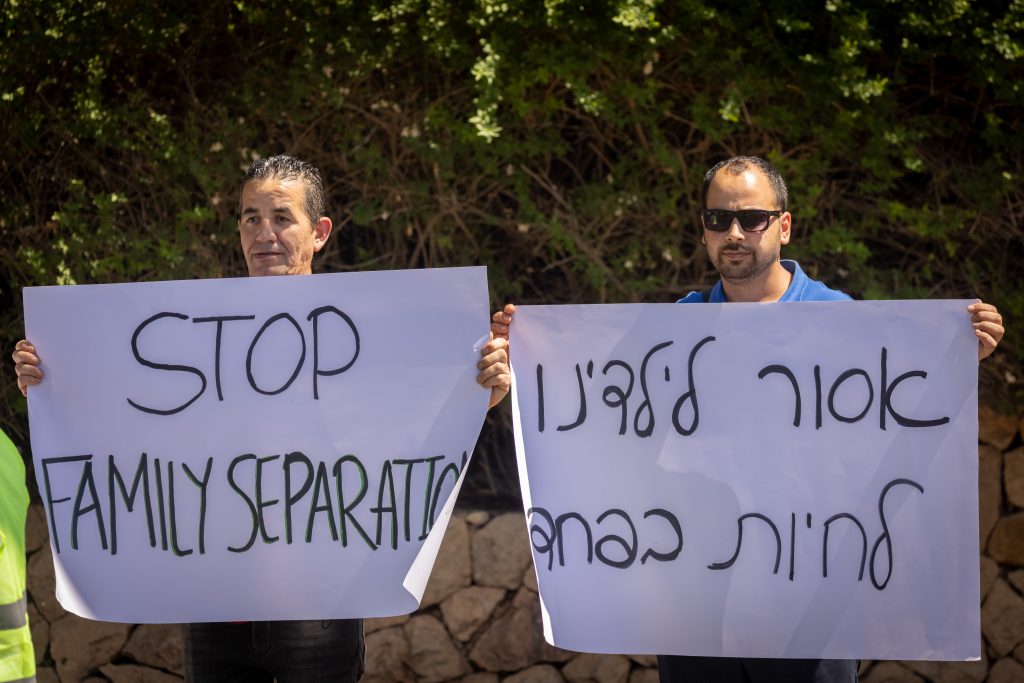 The coalition was thwarted for a third time on Tuesday in its effort to bring the Palestinian reunification law to a vote in the Knesset.

Coalition parties have been divided on the issue, a security measure which bars the automatic granting of citizenship to Palestinians who marry Israeli citizens. MKs in Ra’am, Meretz and Labor have refused to vote for it, charging that the law is racist; and the opposition has refused to lend it support. Right-wing MKs would normally vote for it, but not when it means helping the Lapid-Bennett coalition stay in power.

The Likud berated the government for being unable to garner enough votes for a law that it considers to be vital for Israeli security.

“There has never been such a failing and faltering coalition,” Likud tweeted. “The fact that Bennett’s fraudulent government has once again pushed off the vote on extending the temporary order proves again that it is a dangerous left-wing government which is reliant on anti-Zionist forces.”

Interior Minister Ayelet Shaked reportedly threatened recalcitrant members of Ra’am and Meretz that if they don’t support the legislation, the coalition will advance a bill to overhaul the immigration system, and would facilitate deportations of illegal migrants.

The Likud and other opposition parties have indicated that they might vote in favor of the family bill if the immigration reforms are also passed.

Defense Minister Benny Gantz and Foreign Minister Yair Lapid have accused opposition leader Binyamin Netanyahu and his allies of “playing with the country’s security” by “putting political considerations before the security interest of the citizens of the State of Israel” in its opposition to extending the reunification law.

The vote has been rescheduled for July 5, a day before the current ban expires.