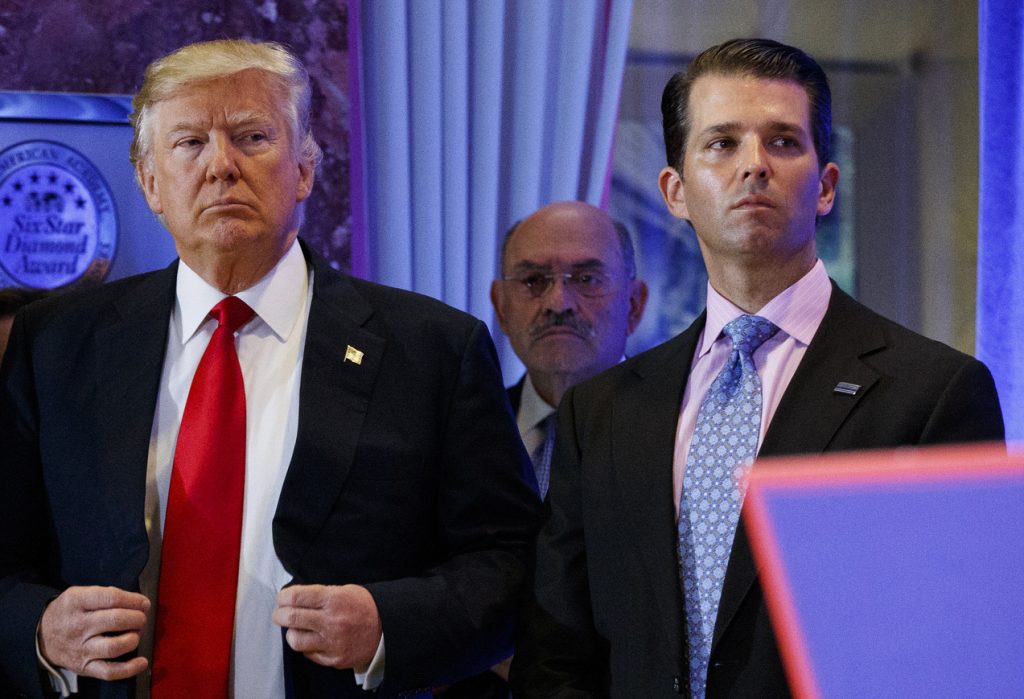 Lawyers for the Trump Organization met again Monday with prosecutors in the Manhattan District Attorney’s Office in a last bid to forestall a potential indictment stemming from a long-running investigation into the former president’s company.

Trump Organization lawyer Ron Fischetti told The Associated Press the meeting came as a grand jury nears a vote on an indictment this week following a more than two-year investigation into Trump’s business affairs.

He said prosecutors have told him Trump himself will not be charged at this time — “at least not with what’s coming down this week” — but added the investigation is continuing.

“There is no indictment coming down this week against the former president,” Fischetti said in a telephone interview Monday. “I can’t say he’s out of the woods yet completely.”

The former Republican president, however, issued a blistering statement in which he derided District Attorney Cyrus Vance Jr.’s office as “rude, nasty, and totally biased in the way they are treating lawyers, representatives, and some of the wonderful long-term employees and people within the Trump Organization.”

“After hundreds of subpoenas, over 3 million pages of documents, 4 years of searching, dozens and dozens of interviews, and millions of dollars of taxpayer funds wasted, they continue to be ‘in search of a crime,'” Trump alleged, calling the investigation a “continuation of the greatest Witch Hunt of all time.”

In recent months, investigators in Vance’s office have focused on fringe benefits the company gave to top executives, such as use of apartments, cars and school tuition.

Another person familiar with the investigation confirmed there were communications between defense lawyers and prosecutors on Monday. The person declined to give any details of the talks.

Such final exchanges are considered formalities that rarely change the course of an investigation in a late stage, suggesting the grand jury is near a vote.

The person was not authorized to discuss the case and spoke to The Associated Press on condition of anonymity.

Fischetti, who did not attend Monday’s meeting, said the gathering had been arranged “for the Trump Organization — not Donald Trump himself.”

“We’re just waiting,” Fischetti said, adding he expects to know this week whether charges will be brought.

The prospective charges this week, he said, “are limited to a couple of Trump Org employees who didn’t declare taxes on fringe benefits” they received. The company itself also could be charged, he added.

It isn’t illegal for a company to offer employees tuition help, lease them cars or let them use company-owned apartments, but such arrangements can be subject to income tax.

Fischetti has called the possibility of charges “absolutely outrageous” and politically motivated. He said it would be extremely unusual for prosecutors to seek criminal charges over unpaid tax on fringe benefits.

Some of the scrutiny has been focused on longtime Trump Organization chief financial officer Allen Weisselberg.

Vance’s investigation of Weisselberg, 73, stemmed in part from questions about his son’s use of a Trump apartment at little or no cost, cars leased for the family and tuition payments made to a school attended by Weisselberg’s grandchildren.

In addition to fringe benefits, prosecutors have looked into whether the Trump Organization lied about the value of real estate holdings to lower taxes or to obtain bank loans or insurance policies on favorable terms. They have also looked into the company’s role in illegal campaign contributions.