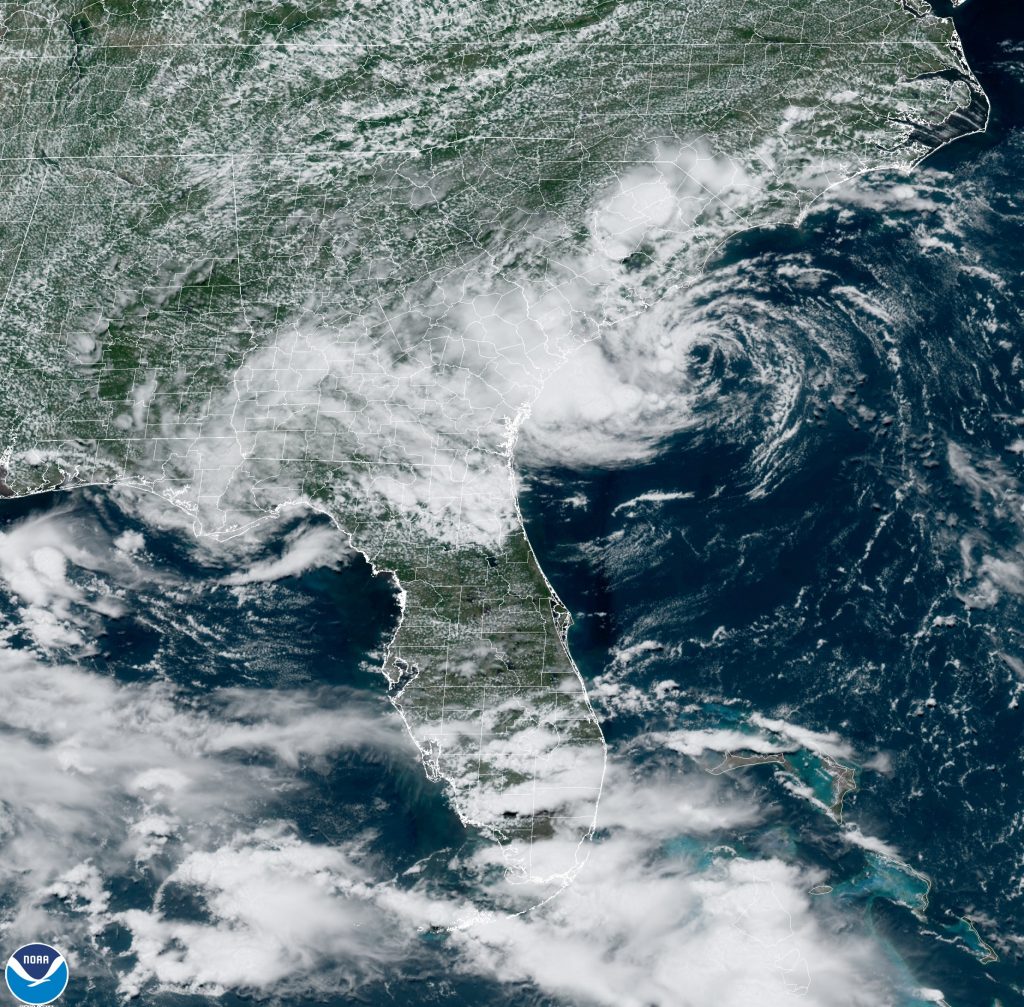 Tropical storm warnings have been hoisted for parts of the South Carolina coast as tropical depression four moves toward landfall there Monday evening.

With sustained winds of 35 mph, the low-pressure center is just shy of tropical storm strength. If it is named before landfall, it will become Danny. The National Hurricane Center had been tracking the disturbance since the weekend and declared that it had organized sufficiently to be classified a depression late Monday morning.

Given that the system is weak and has minimal time left over water other than some heavy rain, gusty winds and minor coastal flooding, serious impacts are not anticipated.

“Some slight strengthening is expected today, and the depression is forecast to become a tropical storm before it makes landfall,” wrote the Hurricane Center in a late-morning discussion.

The tropical storm warning covers about 75 miles of the South Carolina coast, from Edisto Beach to the South Santee River. Charleston sits near the middle of this stretch.

In addition to the tropical storm warning, a small craft advisory is up from near the Georgia/South Carolina border to the Outer Banks of North Carolina. Seas of four to six feet are forecast in the offshore region through early Tuesday.

Winds up to tropical storm force are possible across much of coastal South Carolina, focused on the Charleston region.

While the depression has a vigorous low-level center clearly visible on weather satellites, the heaviest rain associated with the storm is displaced to the southwest.

Rain has thus far focused near the Georgia-South Carolina border. A general one to three inches of rain is forecast, focused south of Savannah then running west into interior Georgia, Alabama and other parts of the South.

While isolated higher totals seem a good bet, recent dry conditions in this part of the southeastern United States should preclude any widespread flooding.

Agitated seas and high waves are likely to create life-threatening surf. Large waves and rip currents are ongoing across the region.

If storm surge coincides with higher tide, water rises of one to three feet are likely in the warned coastal areas of South Carolina. This would be enough to “cause normally dry areas near the coast to be flooded by rising waters moving inland from the shoreline,” per the Hurricane Center.

A tropical storm making landfall in South Carolina this early in the season is quite unusual.

“There have only been four recorded [tropical cyclone] landfalls in South Carolina before July 1,” tweeted Evan Fisher, a meteorology student at the University of North Carolina-Asheville. This one looks to come ashore farther south than those systems.

Should the depression become Danny before landfall, this season will be three named storms above average to date. Usually, one named storm can be expected through the end of June.

The system is expected to rapidly weaken after landfall, dissipating fully over the next several days as it gets pulled apart over land.

The Hurricane Center is also tracking a disturbance about midway between the west coast of Africa and the Lesser Antilles, where it’s expected to arrive by Wednesday night. It has about a 40 percent chance to develop into a tropical depression or storm, the Hurricane Center wrote.