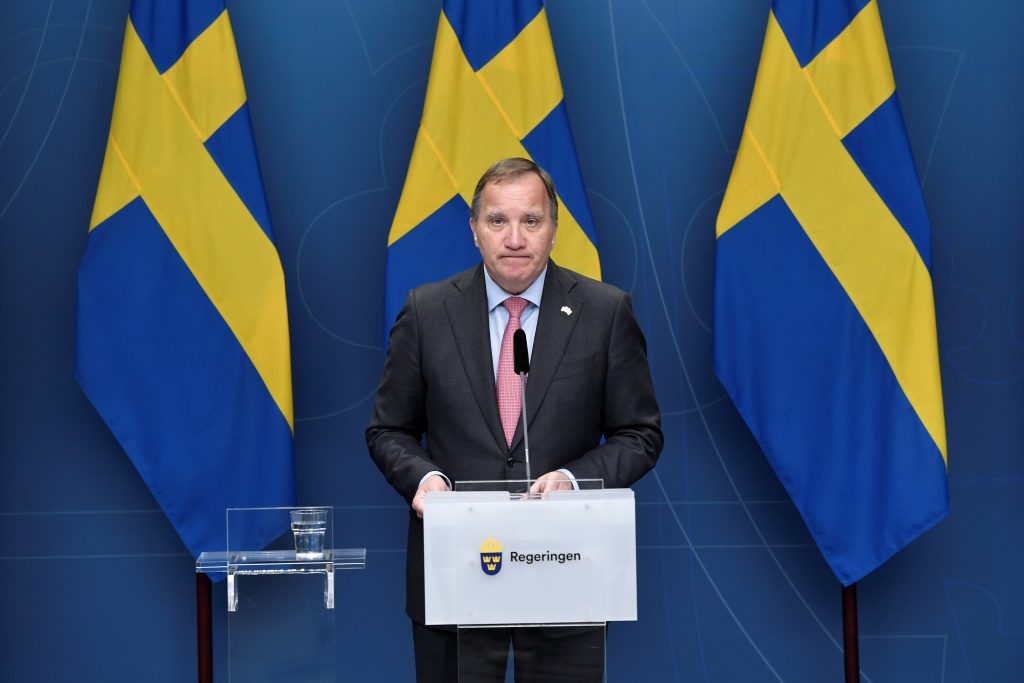 Swedish Prime Minister Stefan Lofven said on Monday he was resigning, handing the speaker of parliament the job of finding a new premier after the Social Democrat leader lost a vote of no-confidence last week.

Lofven had been given a midnight deadline on Monday to either step down or call a snap election after losing the June 21 confidence vote when the Left Party withdrew its support. He had hoped to find fresh backing in Parliament to secure his reappointment.

“I have requested to be dismissed as prime minister,” Lofven told a hastily called news conference. “It is the most difficult political decision I have ever taken.”

Speaker Andreas Norlen will now have up to four attempts to find a new prime minister with enough backing from lawmakers. If he fails, a snap election must be called, little more than a year ahead of scheduled polls in September 2022.

Those must go ahead anyway, meaning any new administration would be a short one.

Lofven said on Monday he hoped new polls could be avoided, adding, “With one year left until the election, and an ongoing pandemic, a snap election is not the best thing for Sweden.”

The former union boss and welder had headed a fragile minority coalition with the Greens since 2018, relying on support from two small center-right parties and the Left Party to remain in power.

The center-left and center-right blocs are now evenly balanced in Parliament and opinion polls suggest a general election might not change the picture.

Last week’s confidence vote had triggered frenzied talks across the political spectrum as both blocs tried to line up enough support to form a government.