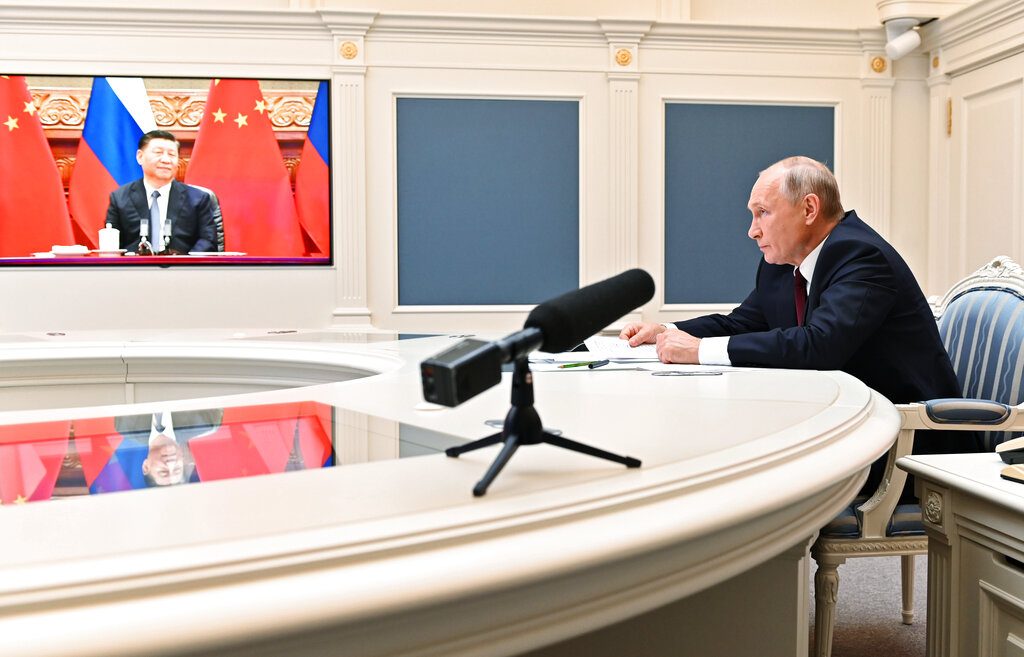 The leaders of Russia and China on Monday hailed increasingly close ties between their countries and announced the extension of a 20-year-old friendship treaty, a show of unity amid their tensions with the West.

Speaking in a video call with Chinese President Xi Jinping, Russian President Vladimir Putin said that the treaty signed in July 2001 in Moscow helped take relations between Moscow and Beijing to an “unprecedented height” and would be extended for another five years.

Xi in his opening remarks emphasized the importance of a “strategic cooperation” between Moscow and Beijing in defending their common interests on the global stage. He added that Russia and China have worked to uphold a “true multilateralism and global justice.”

During Monday’s call, Putin congratulated Xi on the 100th anniversary of the Communist Party of China celebrated Thursday, saying that China is marking it with “new achievements in the country’s social-economic development and on the international stage” and recalling Soviet support for the Chinese Communists.