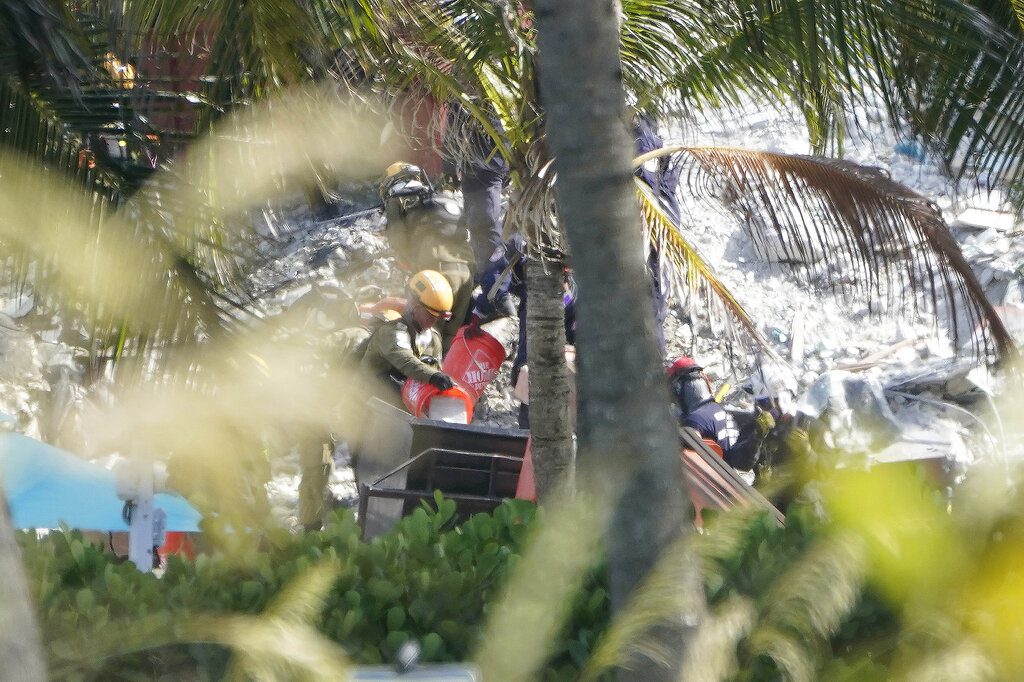 Rescue workers digging feverishly for a fifth day Monday stressed that they could still find survivors in the rubble of a collapsed Florida condo building, a hope family members clung to even though no one has been pulled out alive since the first day the structure fell. More than 150 people are still missing in Surfside.

Families of the missing rode buses to a site nearby from which they could watch teams at work Sunday: firefighters, sniffer dogs and search experts employing radar and sonar devices.

U.S. Rep. Debbie Wasserman Schultz said at a Sunday evening news conference that she had met with some of the rescue workers and was able to “hear the hope that they have.”

“We obviously have some realism that we’re dealing with. But… as long as the experts that we trust are telling me they have hope to find people who might have been able to survive, then we have to make sure that we hold on to that hope,” she said.

Israeli Diaspora Affairs Minister Nachman Shai, head of a humanitarian delegation from Israel that includes several search-and-rescue experts, said the professionals have told him of cases where survivors were found after 100 hours or more.

Miami-Dade Assistant Fire Chief Raide Jadallah explained that conditions at the site — the building pancaked when it fell — have frustrated crews looking for survivors. Alan Cominsky, chief of the Miami-Dade Fire Rescue Department, said his team is holding out hope of finding someone alive, but must continue to move slowly and methodically.

“The debris field is scattered throughout, and it’s compact, extremely compact,” he said, noting that teams must stabilize and shore up debris as they go.

“We can’t just go in and move things erratically, because that’s going to have the worst outcome possible,” he said.

Crews spent Saturday night digging a trench that stretches 125 feet long, 20 feet across and 40 feet deep (38 meters long, 6 meters across and 12 meters deep), which, she said, allowed them to find more bodies and human remains.

Earl Tilton, who runs a search-and-rescue consulting firm in North Carolina, said rushing into the rubble without careful planning and execution would injure or kill rescuers and the people they are trying to save.

“Moving the wrong piece of debris at the wrong time could cause it to fall” on workers and crush them, he said.

But Tilton agreed families were not wrong to continue holding out hope. During past urban rescues, he said, rescuers have found survivors as long as a week past the initial catastrophe.