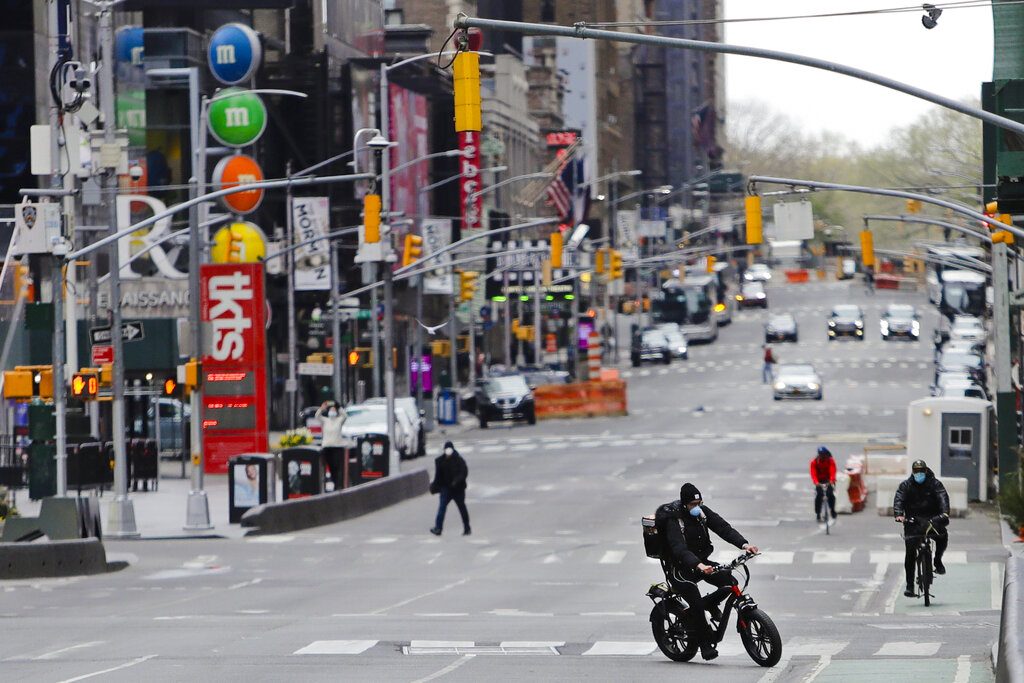 A man who was reportedly visiting New York City with his family was shot and wounded in Times Square by a stray bullet during gunfire from a possible dispute between vendors, authorities said.

The 21-year-old victim was shot in the back about 5:15 p.m. Sunday, police said. He was taken to a hospital for treatment of what were described as non-life-threatening injuries.

A family member plucked the bullet out of the victim’s back and gave it to an officer, police said. No one else was hurt in the shooting.

Surveillance video of the shooting showed the gunman with a weapon in hand. Bystander video also showed the victim being taken away on a stretcher.

The shooting took place near the site of a May 8 shooting that wounded two women and a 4-year-old girl. A man was later arrested in Florida following that shooting and charged with attempted murder.

“I started to see people running. At first I didn’t think anything of it,” Elkordy said. “Shortly after, I saw the caution tape. They blocked off the area, and shortly after the ambulance responded. I saw a big crowd of people and I knew somebody got shot.”

Police have made no arrests.