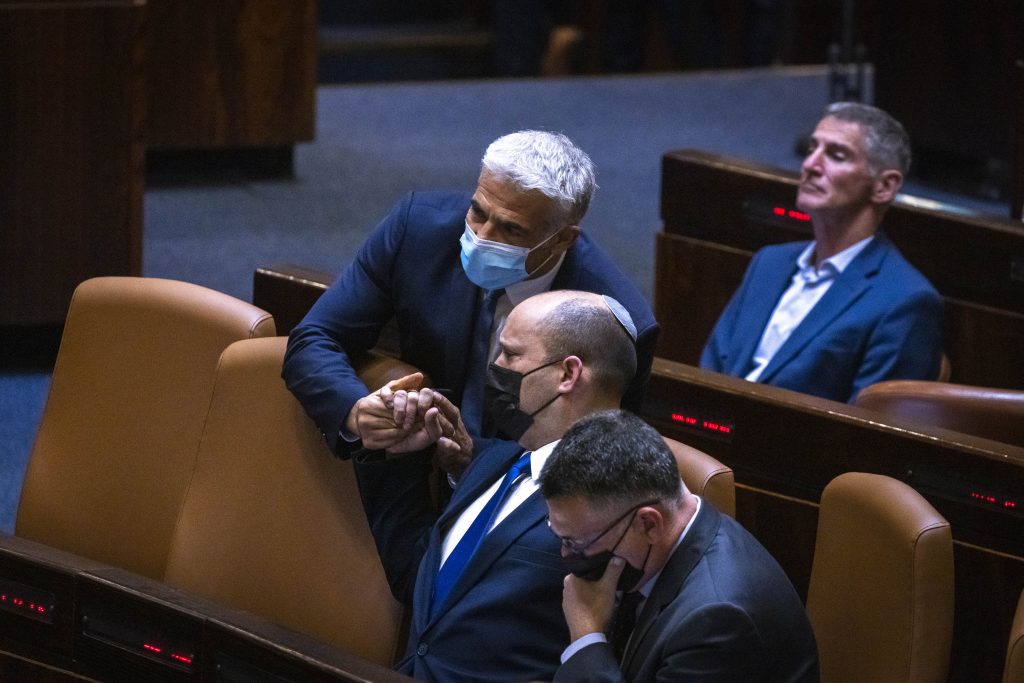 Bennett accused Netanyahu of spreading a false report that the Biden administration was planning to revoke his predecessor Donald Trump’s recognition of the Golan Heights as Israeli.

“The opposition is trying to harm the country and ties between me and Biden. This isn’t just childish, it is irresponsible,” said Bennett.

Netanyahu laughed off the accusations, saying, “This is ridiculous and totally made up. It is just as ridiculous as the reports that we would try to overthrow the government and storm the Knesset,” he said, referring to warnings from his left-wing adversaries prior to the new government’s swearing-in of a scenario which did not materialize.

The former prime minister, for his part, attacked Bennett for his failure so far to pass an extension on a law barring Palestinian family reunification to prevent hostile elements from obtaining Israeli citizenship and doing harm to the country from within.

Bennett has not been able to muster enough votes in his coalition to pass it, and Netanyahu has refused to vote for it, even though until now the right wing has been for it.

“If the government cannot pass this law — it has no right to exist,” declared Netanyahu, though the Times of Israel noted that Netanyahu-led governments “similarly didn’t pass such a law for over a decade.”

At his Likud faction meeting, Netanyahu said he will only back the extension if the government on the same day passes a quasi-constitutional Basic Law on immigration to Israel, claiming the temporary order — which he extended repeatedly for more than a decade — was insufficient.

At a Yesh Atid faction meeting, Foreign Minister Yair Lapid called on the opposition to “come to its senses.”

Lapid claimed that “the new opposition is acting like the opposition to the State of Israel, by circulating malicious rumors.”