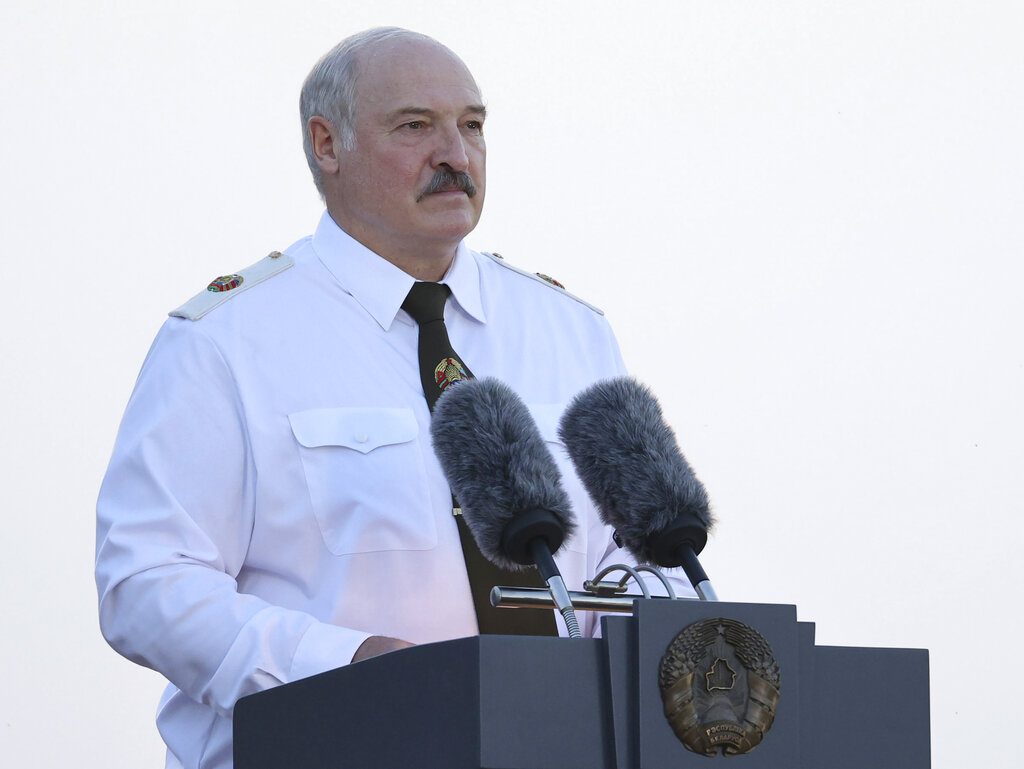 Belarus on Monday retaliated to the European Union sanctions by halting cooperation on stemming illegal migration and denying entry to EU officials.

Belarus’ authoritarian president, Alexander Lukashenko, has denounced the EU sanctions as part of a “hybrid war” waged by the West against Belarus.

On Monday, the Foreign Ministry said that Belarus would move to suspend a readmission agreement with the EU that is intended to stem illegal migration. The announcement follows Lukashenko’s warning that his country will no longer try to stem a flow of illegal migrants to the European Union.

“We note with deep regret that the forced suspension of the agreement will have a negative impact on cooperation with the EU in the field of combating illegal migration and organized crime,” the Foreign Ministry said.

Earlier this month, officials in Lithuania accused Belarus of opening the doors for migrants to cross their shared 680-kilometer (420-mile) border.

The Belarusian Foreign Ministry said Monday that the government will also impose a travel ban on unspecified EU officials who were involved in drafting the sanctions against Belarus, recall its envoy to the EU for consultations and ask the EU representative in Minsk to leave the country.

In addition to that, Belarus will suspend its participation in the EU’s Eastern Partnership program, which was intended to strengthen cooperation with several ex-Soviet nations.

The 27-nation bloc had previously banned the Belarusian flag carrier from EU skies and airports and ordered EU airlines to skirt Belarusian airspace over the May 23 incident when Belarus diverted a Ryanair flight from Greece to Lithuania and ordered it land in Minsk where journalist Raman Pratasevich and his Russian girlfriend were arrested.

Last week, Pratasevich, who faces a possible 15 years in prison, and his girlfriend Sofia Sapega were transferred from jail to house arrest — a move the opposition said was positive but still left them “hostages.”

Belarus has been rocked by months of protests fueled by Lukashenko’s reelection to a sixth term in an August 2020 election that was widely seen as rigged. Authorities responded to the demonstrations with a massive crackdown that saw more than 35,000 people arrested and thousands beaten by police.