Israel Qatar-Funded Fuel Supplies to Gaza to be Allowed
Israel 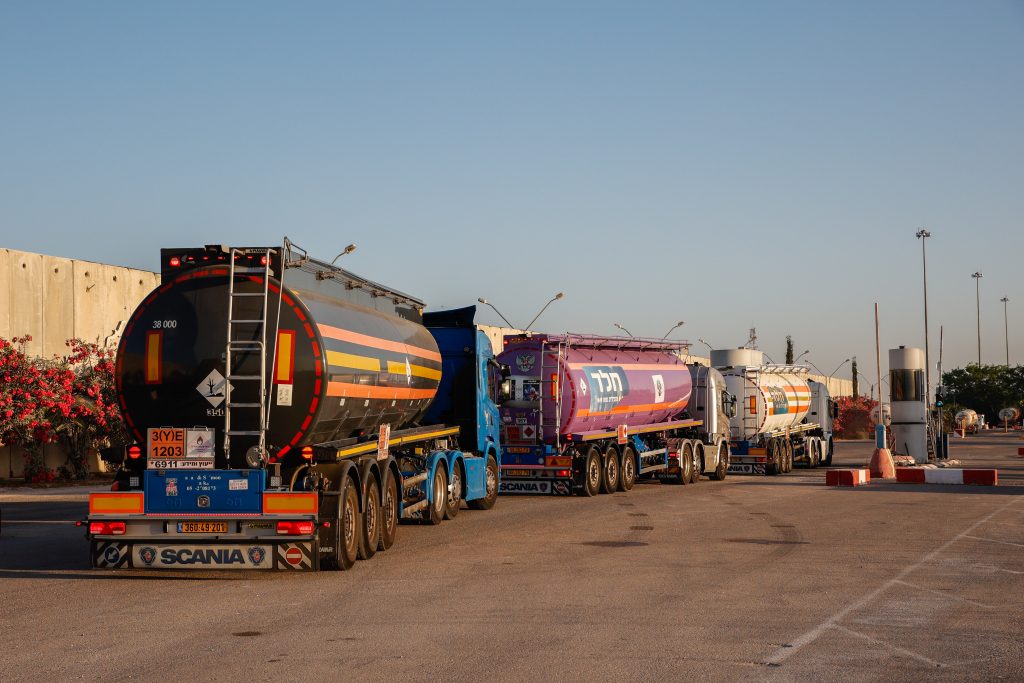 Qatar-funded gasoline deliveries to Gaza can start up again on Monday, said COGAT, Israel’s military liaison to the Palestinian.

The gas shipments, to be used to fuel the Hamas-run enclave’s only power station, will be “conditional on the preservation of security stability,” it said.

With the fighting in Gaza last May, the Qatar-backed shipments were suspended, along with salaries for Hamas government employees, and stipends for poor families.

Israel has conditioned a full return to the status quo ante — including allowing Qatari money into the Strip — on progress in a prisoner exchange deal between Yerushalayim and Hamas. The terror group has said it is not accepting conditions.