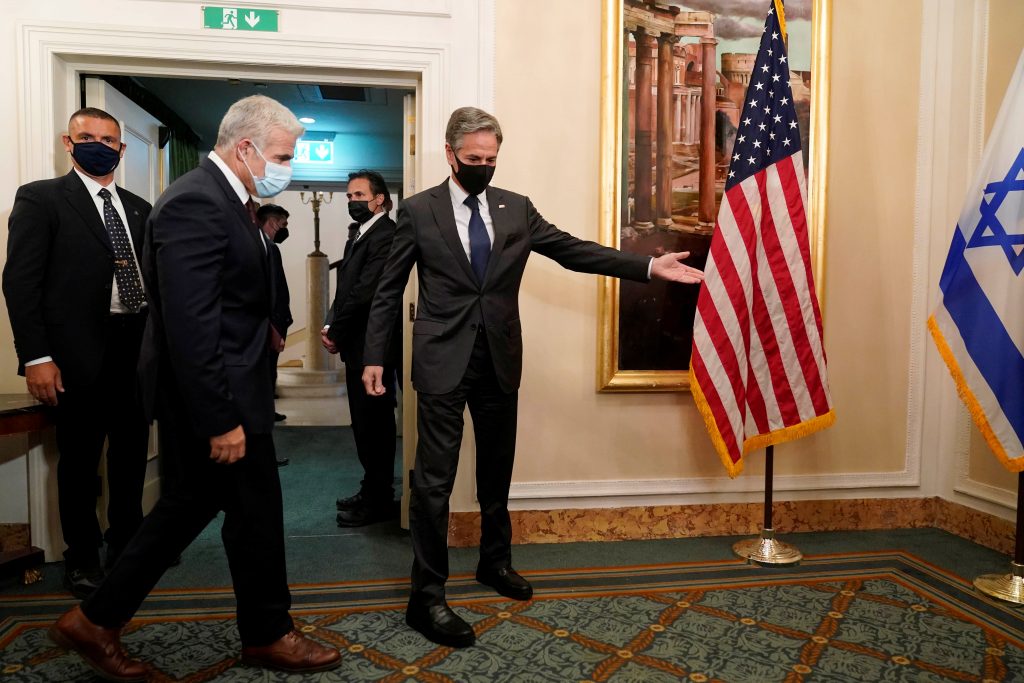 Lapid told Blinken that “in recent years, mistakes were made. Israel’s bipartisan status was hurt. We will fix this together,” he was quoted as saying in a statement from his office.

While Netanyahu hailed his friendship with former president Donald Trump, he has been criticized for harming relations with the Democrats and thereby undermining the bipartisan consensus in support of Israel.

Lapid says he spoke with both Democratic and Republican leaders in the past few days to underscore the shared values between the countries, and that “disagreements” between the countries, such policy toward Iran should be handled in discreetly “in direct professional dialogue, not press conferences,” he said, in another anti-Netanyahu barb.

Blinken on Sunday said the United States supports Israel’s normalization accords, but they cannot be a substitute for engaging in issues between Israelis and Palestinians, according to Reuters.

Lapid said Israel has “serious reservations” about the Iran nuclear deal hammered out in Vienna. Lapid described an upcoming trip to United Arab Emirates as “historic”.

No great shifts in the bilateral relationship are expected.

“Nobody thinks it’s a good idea to start charging through on a major new peace initiative,” Ilan Goldenberg, a Mideast security expert at the nonprofit Center for a New American Security told AP. “But there are things you can do quietly under the radar, on the ground, to improve the situation.”

“They know you can have a pitched battle, or handle it behind closed doors and try to move the policy,” said U.S. Democratic pollster Mark Mellman, who worked as a consultant on Lapid’s campaigns.

“What they’re building now is mutual trust,” said Michael Oren, former Israeli ambassador to the United States under Netanyahu. “I expect a change of tone rather than of substance… but there’s a possibility that it could produce something better for Israel.”